Janira met this guy at a hotel cocktail lounge. Having a thing for older guys, she let him buy her drinks. But too many drinks usually got Janira more trouble than she could deal with at times. So later in the evening after a few too many, Janira got very horny. She was so turned on to the point that she demanded this man take her to his place and rip her clothes off so he could have his way with her. When the man got her to his place, he brought out some rope. Janira realized she was about to get tied up and that thought made her even more horny. Once he had her tied up, Janira told him to hurry up and fuck her. But then his phone rang and she heard him talking to someone. All of a sudden, it became apparent that the man had to leave and Janira started to protest. The man was not going to let Janira go without getting what he wanted and also giving her what she wanted. But he knew in about an hour, her desire might go away. He didn’t want to take that chance. So with Janira trying to protest, the man stuffed and tied a gag in her mouth. Janira was still very excited and tried to beg the man to let her have it good and hard. The man was ready to go, but seeing Janira the way she was, made him say, “What ever I have to do can wait!” He got behind her, pulled her pantyhose down, her thong panties aside took advantage of her from behind. When he was done, he left Janira bound, gagged and exposed. She was still very turned on and told the man through the gag, to hurry back. After struggling bound and gagged for sometime, Janira finally tired herself out. Hours later, the man returned to find her asleep. When he climbed on top of her and grabbed her by her hair, Janira slowly woke up. But now, whatever she felt before was gone and she tried to protest as the man started to pull her panties aside again. 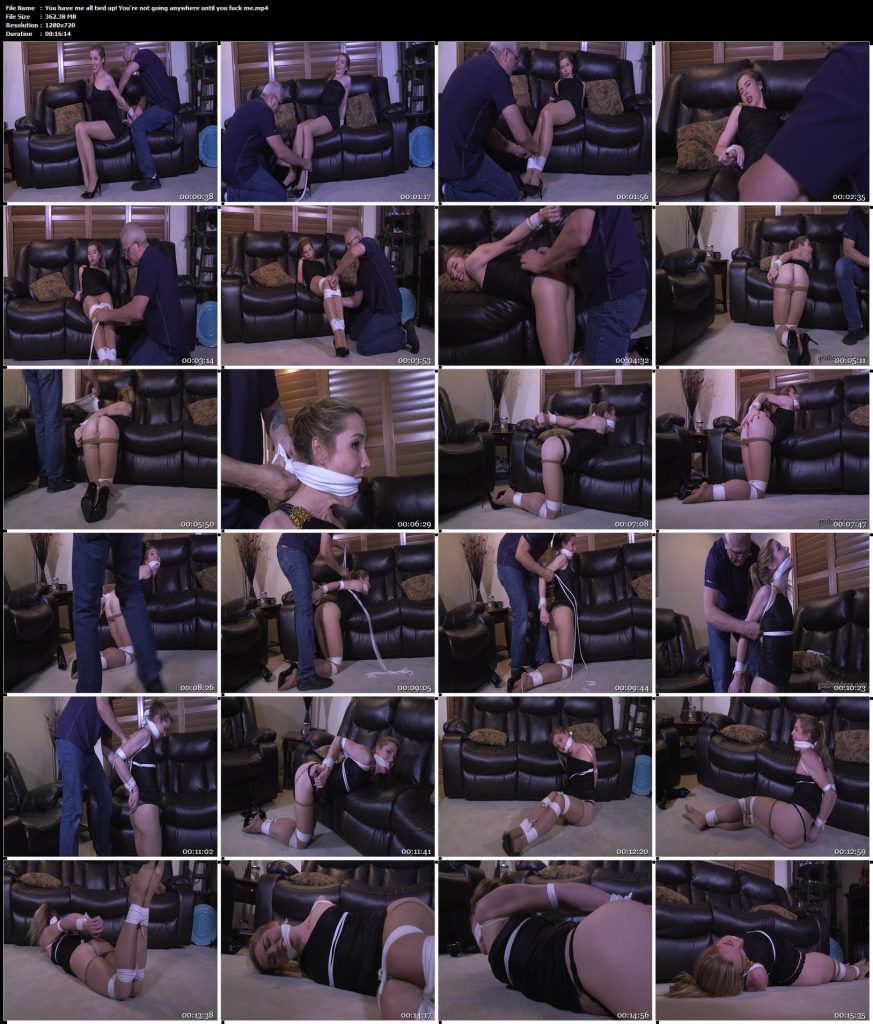