The man was very interested in buying this house. He had been working with a different realtor, but today a woman named Terra stepped in to show him the place again. The man told him he was going to buy the house. But through the other realtor. Terra was not the top sales person for this company for no reason. She was very aggressive and had her ways of getting what she wanted. She also had a very naughty and kinky side to her. She was going to get this sale one way or another. The man noticed there was rope laying around. It wasn’t there the last time he saw this house and he asked Terra where it might have come from. She told him that she brought it hoping that the man might be interested in tying her up and having his way with her. She told him that if he bought the house through her, she would let him bind her any way he wanted and do whatever he wanted to her. This was a deal, the man found hard to turn down. So a short time later, Terra found herself all tied up with her mouth stuffed and gagged. The man watched as she squirmed moaning on the floor. All of a sudden, there was a message on his cell phone. It was from the other realtor who asked him to call her. When he did, the man told the other realtor that he was thinking of buying the house through Terra. hearing this, the other realtor tried to make him a better deal. Standing over Terra who was still struggling bound and gagged on the floor, the man considered the the new deal. Terra tried to protest through the gag until the man hung up. Still unsure what he was going to do, the man turned his attention to Terra. He had a rough choice to make. But seeing Terra hogtied and gagged with her big tits out on the floor, made it very hard for him to turn her down. 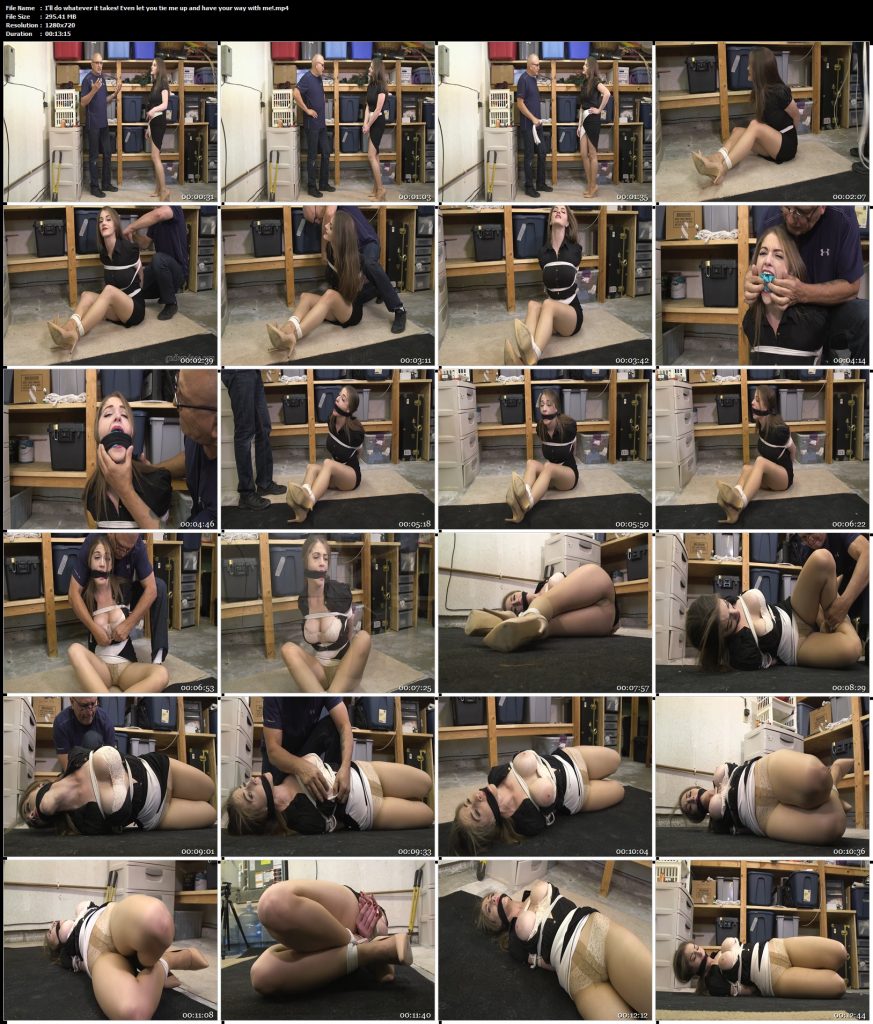