Sarah had never been tied up before and wanted to try it. She had a friend who was really into it and he agreed to put her into some tight bondage. When Sarah showed up, she was dressed just as he told her to. Garters, stockings, high heels, thong panties and a bra. As he started to tie her, Sarah told him that she was scared. As he added more rope and tied it tight, Sarah started to protest a little and hinted that she wanted to be let out of this. The man didn’t give her a chance. He stuffed her mouth with panties and used tape to finish gagging her. Sarah started to panic and tried to beg him to stop. But then all of a sudden, the feeling of being totally helpless, over came her. The gag also made her feel like her mouth was stuffed with something other than panties because as she opened her mouth, the tape pushed them deep in her mouth and almost down her throat. The man also knew Sarah had a secret. She loved being choked. So when he put his hand around her neck, Sarah lost it and as she went into “Sub Space”, she had an orgasm in her panties. Some time later she came out of it and found she was still bound and gagged. The man came back to her and added more rope. He also pulled her tits out of her bra and now Sarah was extremely turned on. When she was left to struggle in her tight bondage, she started to work herself up again until she had another orgasm. Finally the man knew she was ready for the real fun and when he rolled her over on her stomach and climbed on top of her, she started to lose it again. Then he put his hand on her throat and that put her over the edge again. 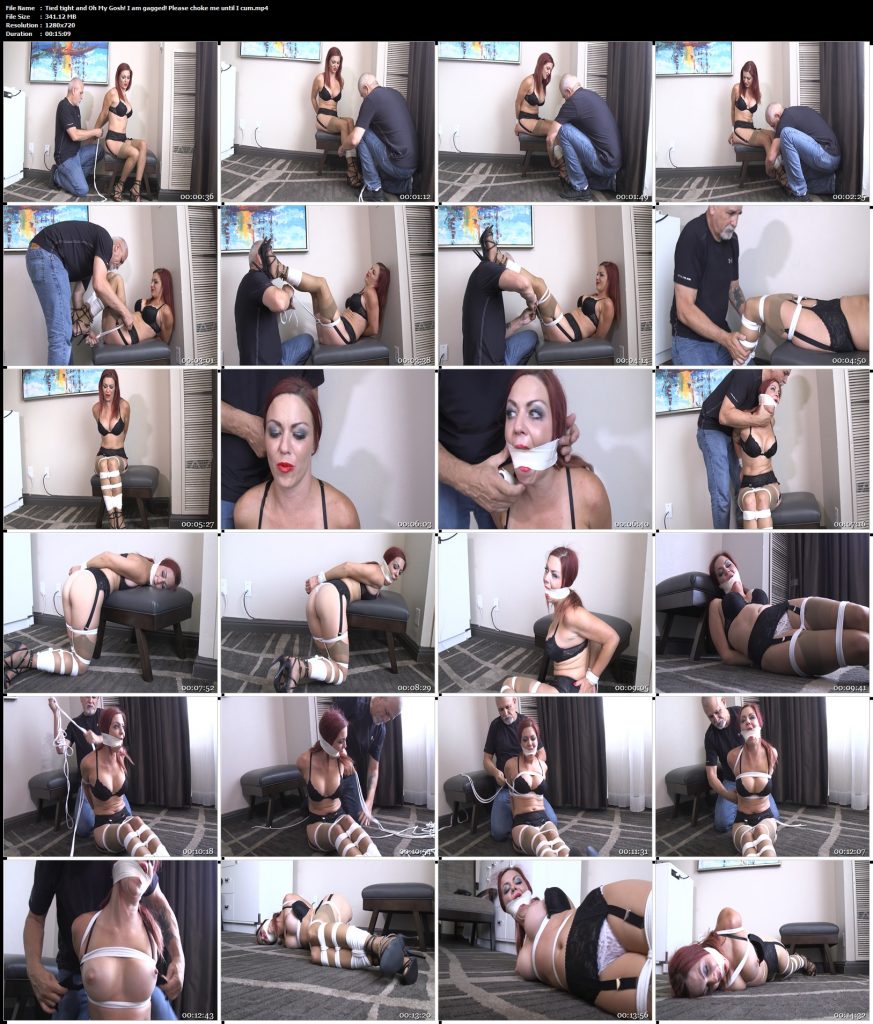 Girl Next Door Bondage – As I lay here bound and gagged, I realize trying to escape wasn’t such a good idea!