Raven, the hotel manager believed the man was a traveler who only needed a room for the night. Since everyone else was out to lunch, she had no one else to show him what was available. But the man was actually a fugitive from the law and needed a place to hide out for the next few hours. When they got to one of the rooms, the man brought out rope and grabbed Raven. She resisted as the man tied her up very tight and then tried to protest as he stuffed and tied a gag in her mouth. Raven was then left to struggle bound and gagged as the man left to make sure things were clear. When he returned and saw Raven squirming around, he couldn’t help but notice what a sexy woman she was. Knowing that he had a lot of time until he would be able to make his escape, he decided to entertain himself with his hot little captive. First he pulled off her tight skirt and saw she was wearing a girdle with garter and a pair of pretty red lace panties. Using more rope, he tied raven much more secure and then put her on the floor to hogtie her. When he was finished, he reached under the girdle and pulled her panties down a bit. “If you give me any kind of problem, I am going to rip these off and let you have it!” he warned her. He then left her hogtied face down on the floor with her bra pulled down. As Raven struggled with her tits out, she feared the man was going to fuck her anyway. But her problem at the moment was the painfully tight rope and the fear of choking on the wadded cloth tied very tight in her mouth. 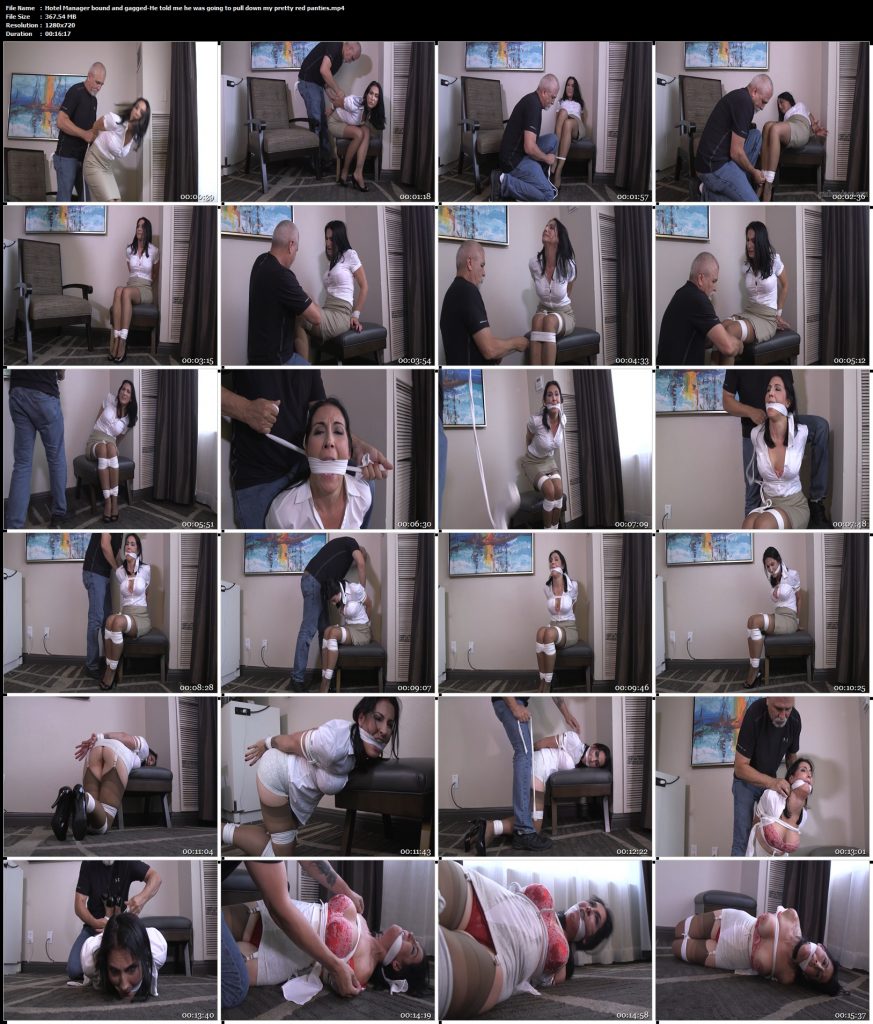 Raven tied up and held until her husband pays up – Bondage: JJ Plush, Born to be Bound