Tilly likes to get herself tied up so she can make bondage video clips. Unfortunately, she has no one to tie her. So she has no choice but to cuff herself up and shoot her own video. But today as she is cuffed and gagged, she turns on her camera without remembering to make sure the front door is locked. All of a sudden, she hears someone knock at the door and then let himself in. It is the man who lives next door. Tilly is very embarrassed as he finds her like this. After he removes the ball gag, she assures him that was nothing bad happening to her. He questions her why she is bound and gagged. Tilly tells him that people, mainly guys pay to see her like this. The man laughs and tells Tilly that he would never pay to see such a thing. “If I am gonna pay to see a girl tied up, I want her to really be tied up!”. This intrigues Tilly and she asks him if he could do better. When he tells her Yes, she tells him where to find some rope. Soon Tilly is tied up very tight. Then a short while later, the man comes back and gags her even tighter by stuffing and taping panties in her mouth. He then leaves her to struggle bound and gagged with her camera rolling. Tilly couldn’t be happier. Not only because she is getting a real bondage video shot. But also, being tied up so tight and gagged like this has her very turned on. Then things get even better, when her neighbor pulls her tits out of her bra. Now, not only is Tilly going to have a bondage video, she is also going to be able to sell it as a “Forced Orgasm” video. 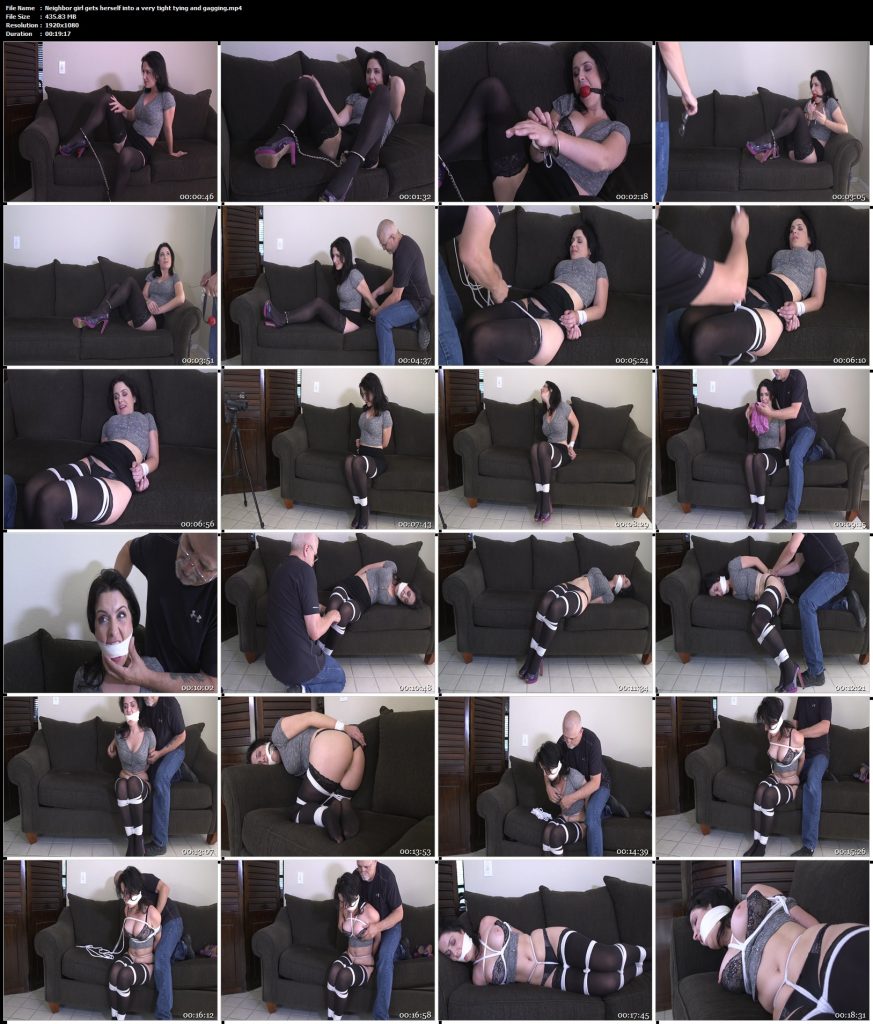 Tilly: I think you did – Bondage by Ivan Boulder

Home Invaded-Lady of the house tied to the stair case

Take the gag out of my mouth so I can tell her to come back later! – Girl Next Door Bondage