She was trying to get away from this certain guy. The first time she was captured by one of the guy’s thugs, she pretended to cooperate. But when he let his guard down, Terra managed to escape. Today she was grabbed by another guy and she thought she could use the same tactic on him. But things were different. This guy took no chances. Once he had her in a hotel room, he brought out some rope and tied her up good and tight. Then so she could not scream for help, he stuffed and tied a gag in her mouth. As she struggled bound and gagged, Terra knew she was not getting loose without help. She thought things could not be worse. That was until the man humiliated her, by pulling her great big tits out of her bra. 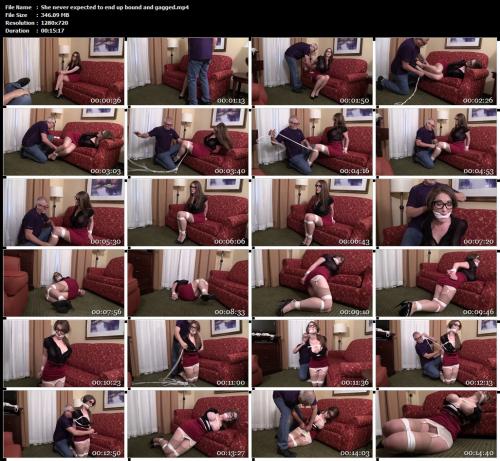