After finding out he had a secret he wanted to keep from her step-mother, Sahrye has been making her step father do things for her that he wouldn’t otherwise do. Each time she tells him that if he gives her what she wants, she will forget all about this secret. But why should Sahrye give up such a good thing. Today, she demands that he loan her his car. When he tells her that he needs it, she starts to call her step-mother. Realizing that he is never going to get rid of this problem, the man decides it is time to get rid of his step daugther. Knowing she has run away in the past, he decides that today she is running away for good. He grabs her and ties her up with rope. Then to shut her up, he stuffs and ties a pair of her panties in her mouth to gag Sahrye. As Sahrye struggle bound and gagged, the man calls the authorities to report his step daughter as a runaway. Then the phone rings and it is Sahrye’s step-mother calling to find out why she tried to call earlier. The husband tells his wife that Sahrye is not home and she may have went off with some of her friends. Finally Sahrye hears the man call someone. It is a business partner of his who buys girls like her. This is when she finds out that she is going to be taking a long ride to somewhere South of the border. Tied up so tight and gagged with her mouth packed with panties, all Sahrye can do is grunt and whimper as she tries to get loose. 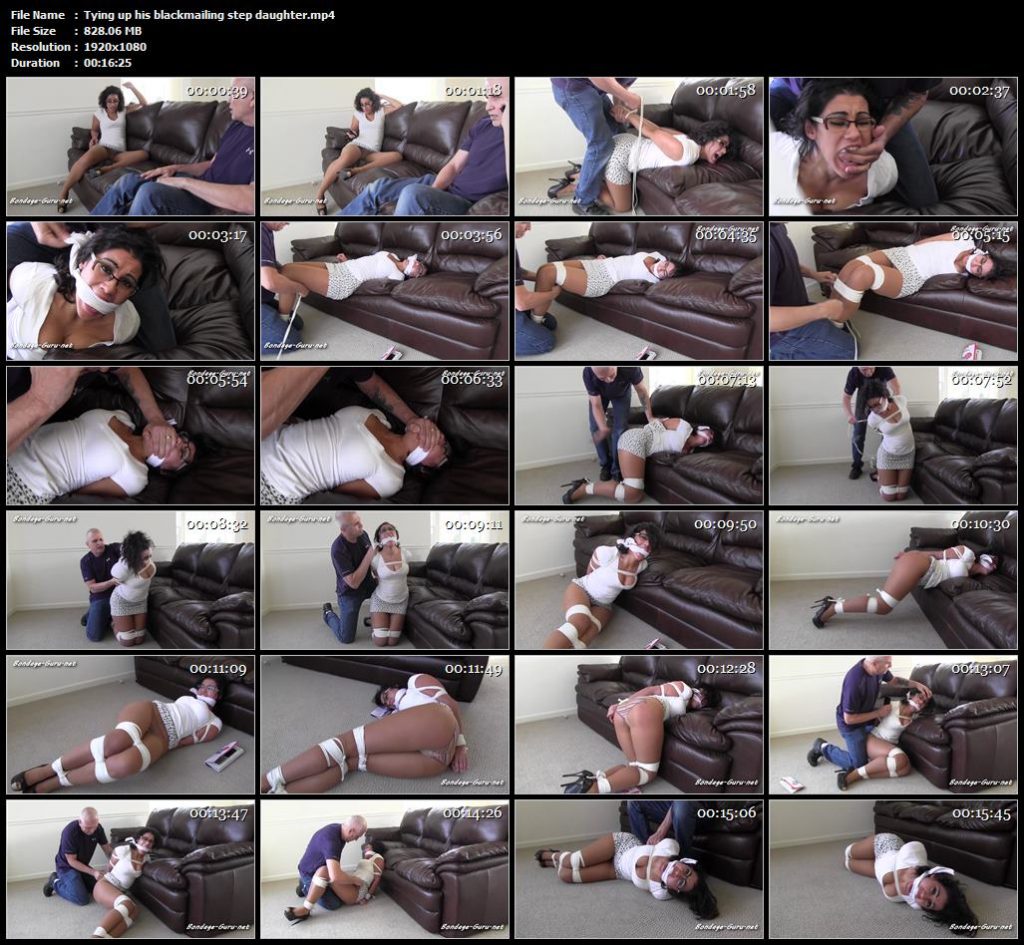 The bimbo brat has me all tied up! HD – Pantyhose Bondage and Encasement