Whitney is hiding out from these people she has informed on and thinks she is safe in her hotel room. But she walks in, a man is waiting for her and grabs her. As he tries to get her restrained, there is a knock at the door. “Housekeeping!” they hear a woman’s voice say as the door opens. The man quickly covers Whitney’s mouth with his hand. With Whitney muffled but still trying to cry out, the man tells the hotel maid that her services are not needed at the moment. After she leaves, the man quickly ties Whitney up with rope. Then when she refuses to shut up, he stuffs her mouth and ties a rag between her teeth very tight to gag her. He then leaves her tied up on the bed. But Whitney refuses to just lay there. She works her way off the bed and on to her feet. As she starts hopping to the door, the man grabs her and add more rope until he is sure that Whitney cannot get up and run off. To punish her for trying to escape, the man pulls her blouse open and her bra down. He also hogties her and ties a crotch rope extremely tight between her leg. Then finally, he tightens the gag until Whitney is almost choking on the panties packed in her mouth. Now all Whitney can do is grunt through the gag as she struggles on the bed bound and gagged. 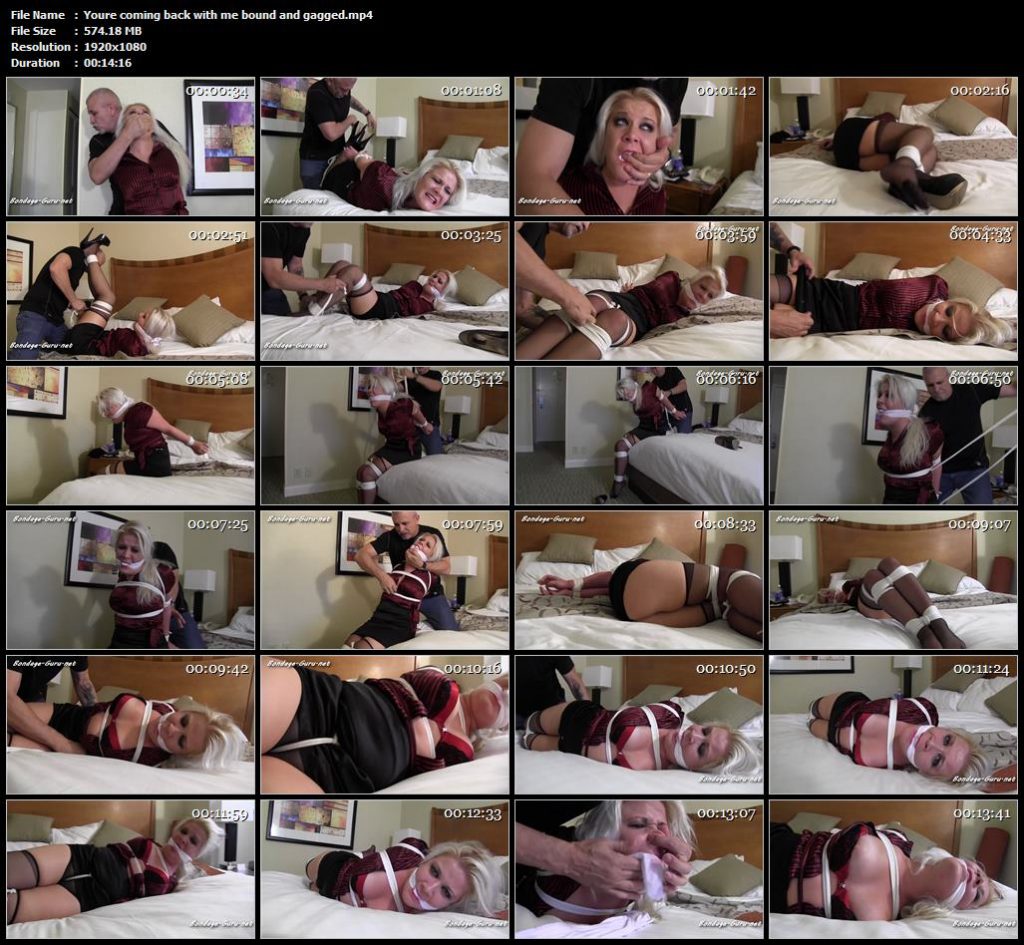