Girl Next Door Bondage – Sahrye – Tie me up and do whatever you want to me!

Sahrye has gotten herself into some real trouble and needs money desperately. The only person she knows who can help her, is the man who lives next door. So she goes over there and begs him for help. When at first he seems reluctant, Sahrye tells him that she will do “Anything”. When he tells her to explain what “Anything” could mean, she tells him that she would let him tie her up. And, since she would be totally helpless, there would be nothing she could do to stop him from doing whatever he wanted to her. So a short time later, Sahrye’s money problem is gone. But she also finds herself bound and gagged(Done on screen). Then as the man starts to manhandle and play with her, Sahrye realizes that she is getting the better part of this deal. Because now she is very turned and she hopes he takes advantage of her helplessness. When he gets behind her and pulls her panties down, Sahrye can hardly control herself and is a more than willing Damsel soon to be getting it from behind. 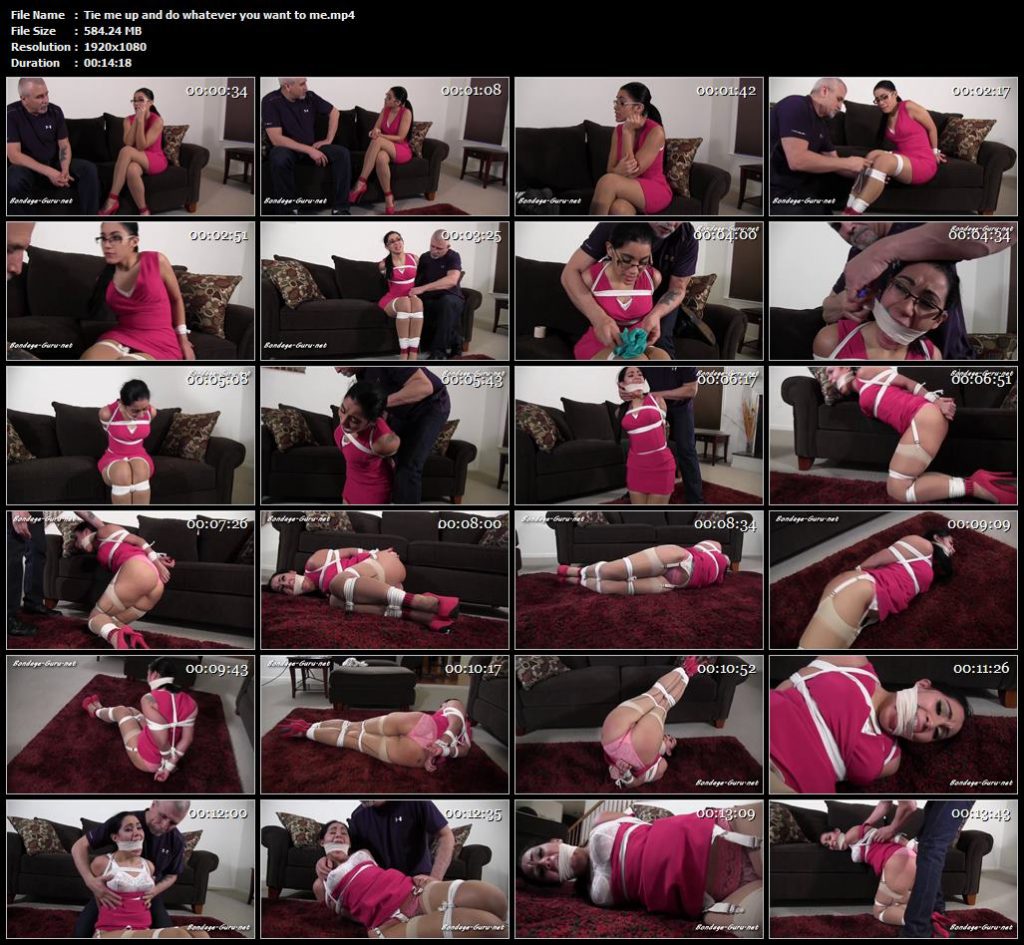