Jacky has always wanted to play a game where some guy comes in, grabs her, ties her up and then gag her. Recently, she has met some guy on the internet who has agreed to do, just that. The scene begins with a masked man coming out of her closet and sneaking up on her. When he grabs her and starts to tie her up, Jacky thinks he is the man she planned this with and makes no attempt to resist. Soon she finds herself bound and tightly gagged on her bed. But then there is a text message on her phone from the real person she was supposed to meet. Jacky now realizes that the masked man is a real bad guy who now has her struggling bound, gagged and at his mercy. Later the man hogties her with her tits out. He has also tied a piece of rope tight between her legs. As she struggles, the crotch rope works its way deeper into her pussy and that starts to make her situation much more interesting. 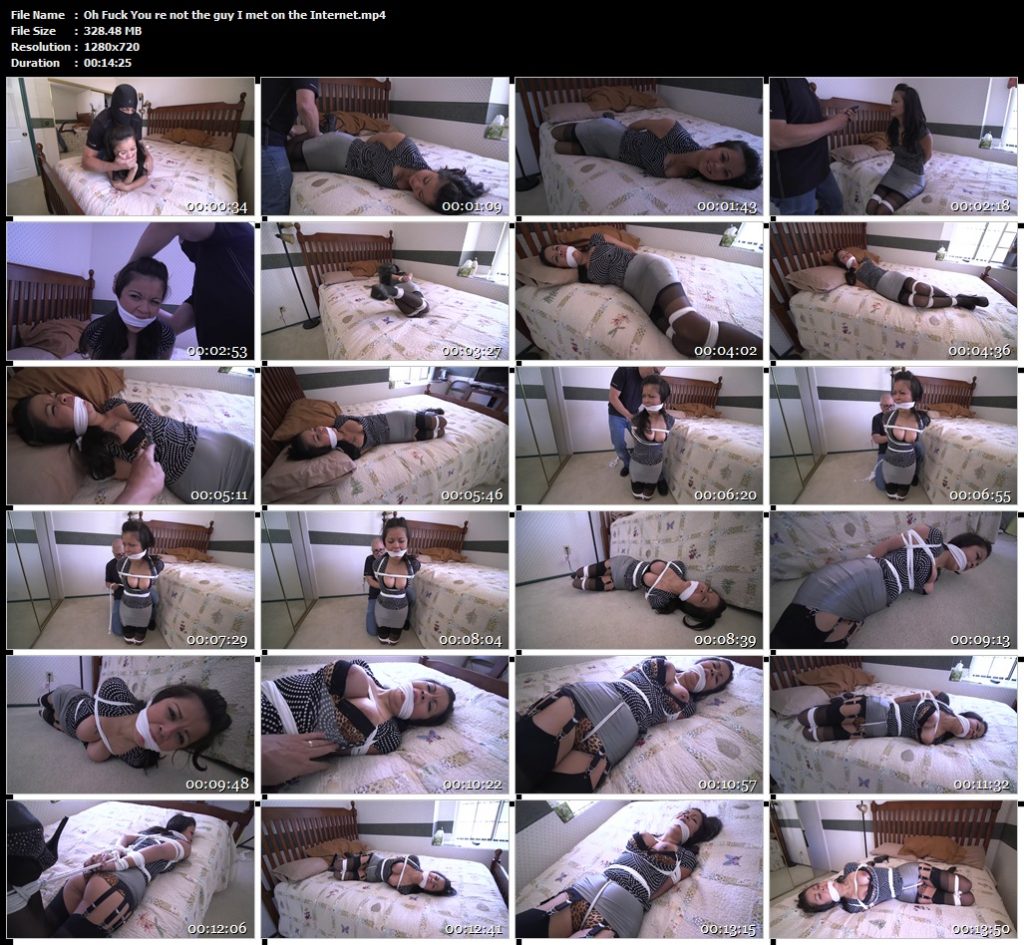 Lady of the House-Tie her up, gag her and stuff her in a closet!

Help Mom! The creep across the street has me tied up and gagged in his garage!