He is going to work and needs to leave his sons home alone. They are old enough to take care of themselves. But he tells them, that if a problem arises to call Aunt Carissa from next door. Sometime later, he calls home to see how things are going. He is told that everything is OK, but they have called Aunt Carissa over anyways. When he asks to talk to her, he is told she is busy up in the attic. The scene then shifts to the attic and there is Aunt Carissa and it becomes obvious why she could not come to the telephone. Apparently, she had agreed to play a little game with them and they have her tied up and gagged. As Carissa struggles and squeals through the gag, it becomes apparent that she is no longer willing to continue this game. Then at one point, she is able to get the wad of panties that were stuffed in her mouth to gag her out. Even though the cleave gag rag is still tied between her teeth, Carissa is now able to talk. She demands to be untied and threatens to tell their father about this. But Carissa is only allowed to talk for a few minutes as the panties are re-packed in her mouth and this time, tape is wrapped around her face to make sure she stays well gagged. Carissa is furious as she grunts and whimpers through the tight gag. Then to add to her humiliation, her skirt is removed so they can hogtie and crotch rope her. Hours later, her brother in law will come home to find Carissa still struggling hogtied and gagged. But by then, her big tits will have somehow worked their way out of her bra. 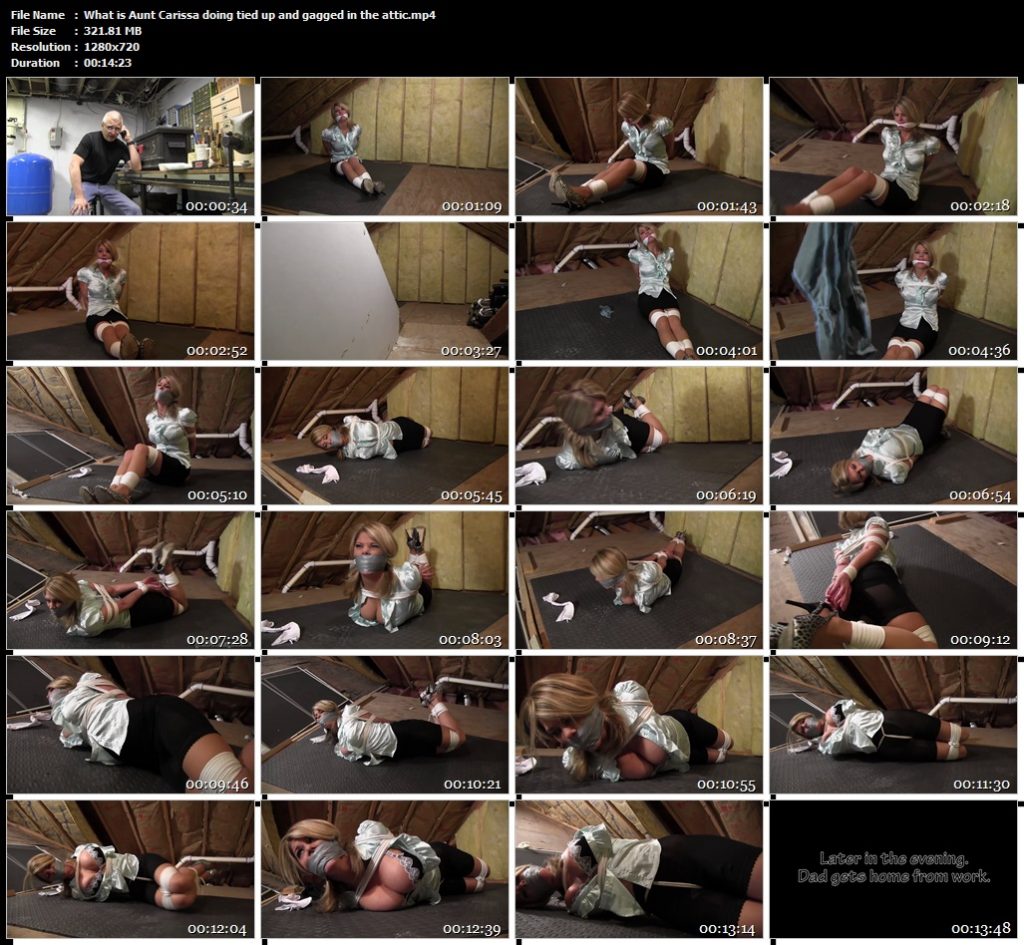 Angry Damsels Bound over and over again Montage HD

I am the Dean of this school! You can’t tie me up like this! – Audrey – Girl Next Door Bondage

Curvy Hotel Nanny-Whatever you do, Do Not let them talk you into playing Cops and Robbers – Girl Next Door Bondage