Janira is tied to a chair and gagged in a garage. The man who is holding he captive is after the combination to the safe at her job. He has threatened to fuck her, if she doesn’t give him what he wants. But as bad as she doesn’t want to get fucked by this man, she is more in fear of losing her job. So, she is going to hold out as long as she can. In the meantime, Janira struggles hard to get loose. But the rope is tight and the knots are impossible to reach. All of a sudden, the man returns and he is not happy that the last combination she gave him, did not work. When he unties her, and makes her take off her clothing, Janira knows that in just a short while, she going be spreading her legs. But after she removes her panties, the man tells her to stuff them in her mouth. Janira is reluctant and even thinks of telling to man to go ahead and fuck her. Because she would rather that happen, than have her dirty panties in her mouth. But the man is insistent and soon he is tying her back up with her panties stuffed in her mouth. Once she is trussed up tight, the man uses tape to seal the panties in Janira’s mouth. He then makes her lay face down on the mattress so her can hogtie her. Left to struggle bound and gagged, Janira knows that the latest combination she gave him is also false. She knows that when the man returns, she is definitely going to get fucked hard. She decides at that moment, that she will give him the right combination. But there is something about being tied up like this that excites her. She tells herself, that she will wait until after the man fucks her, before she gave him the right combination. 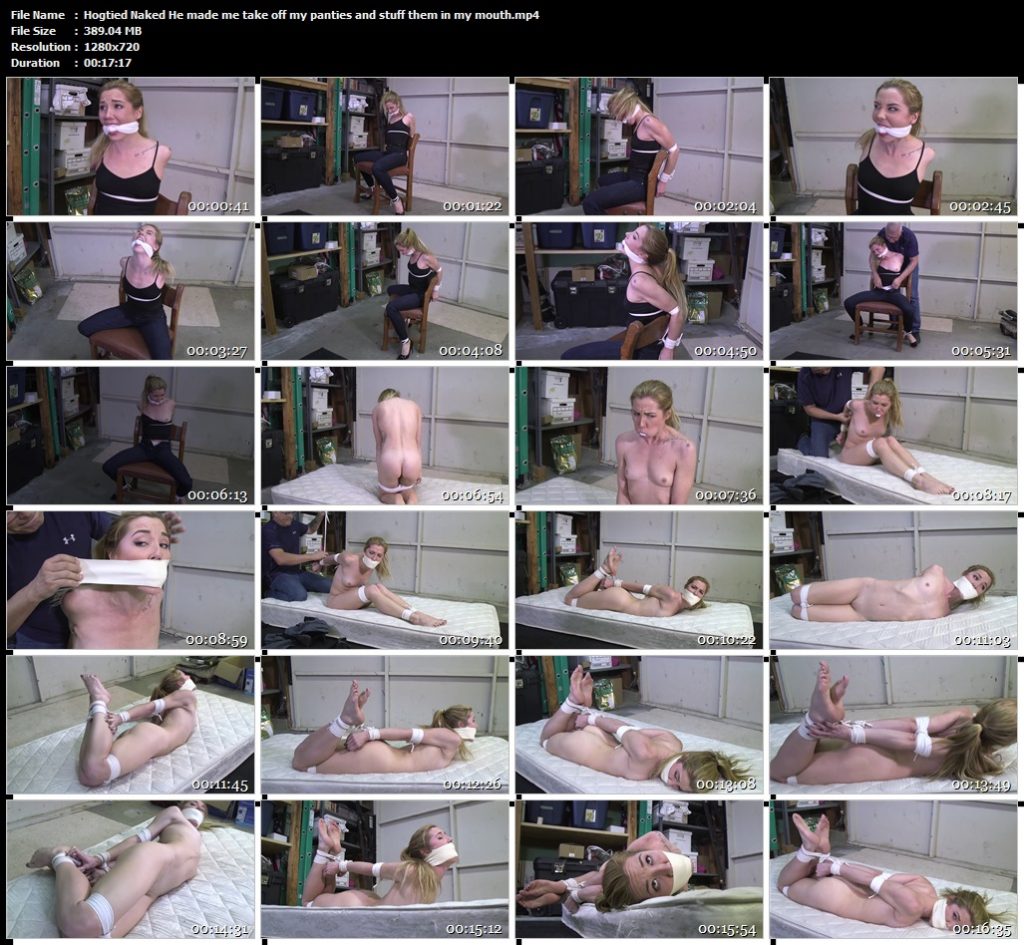 Stranded Girl Friend-Now some man has me all tied up and gagged, and he probably going to fuck me!

I’ll be keeping your wife here all tied up until you come up with my money! – Girl Next Door Bondage – Janira Wolfe

Janira: Looking in the Wrong Place – Bondage by Ivan Boulder