Sara thought she was the only one left in the office. So, she went into the storage room with a book with drawings of women tied up and gagged in various situations. As Sara looked through the book, she fantasized that she was tied up like one of these women and this really had her turned on. At one point, she reached down and started rubbing her pussy through her panties trying to force herself to cum. Suddenly, she heard a noise and in walked the new guy, Steve. When he caught Sara, he was very surprised and apologized to her for interrupting her. When he told her that he would leave and allow her to continue, she begged him to stay. She showed him some of the pictures in her book and asked him if he would tie her up like one or two of the drawings. At first, he was reluctant, but then he agreed to do what she asked. Following along with what he saw in the book, he soon had Sara all tied up with rope. Then she mentioned that some of the women in the drawings were gagged, Sara asked him to find something back in her office to gag her with. A short time later, he returned with a pair of her panties. Then after stuffing them in her mouth, he tied a rag between her teeth to gag Sara. Now completely bound, gagged and helpless, Sara moaned as she squirmed in storage room. After a short while, the new guy lifted her skirt and bent her over so he could give her a good hard spanking. This turned Sara on even more and she tried to beg for more through the gag. When he put her back on the floor, Sara was hoping that soon he would be pulling her panties down to give her what she really wanted. She was somewhat disappointed when instead, he tied another piece of rope between her legs and hogtied her. He told her that before he was going have his way with her, he wanted to watch her make herself cum in her panties. She didn’t disappoint him when a short time later, her moans turned to screams of pleasure as she tugged on the crotch rope to force herself into a violent orgasm. 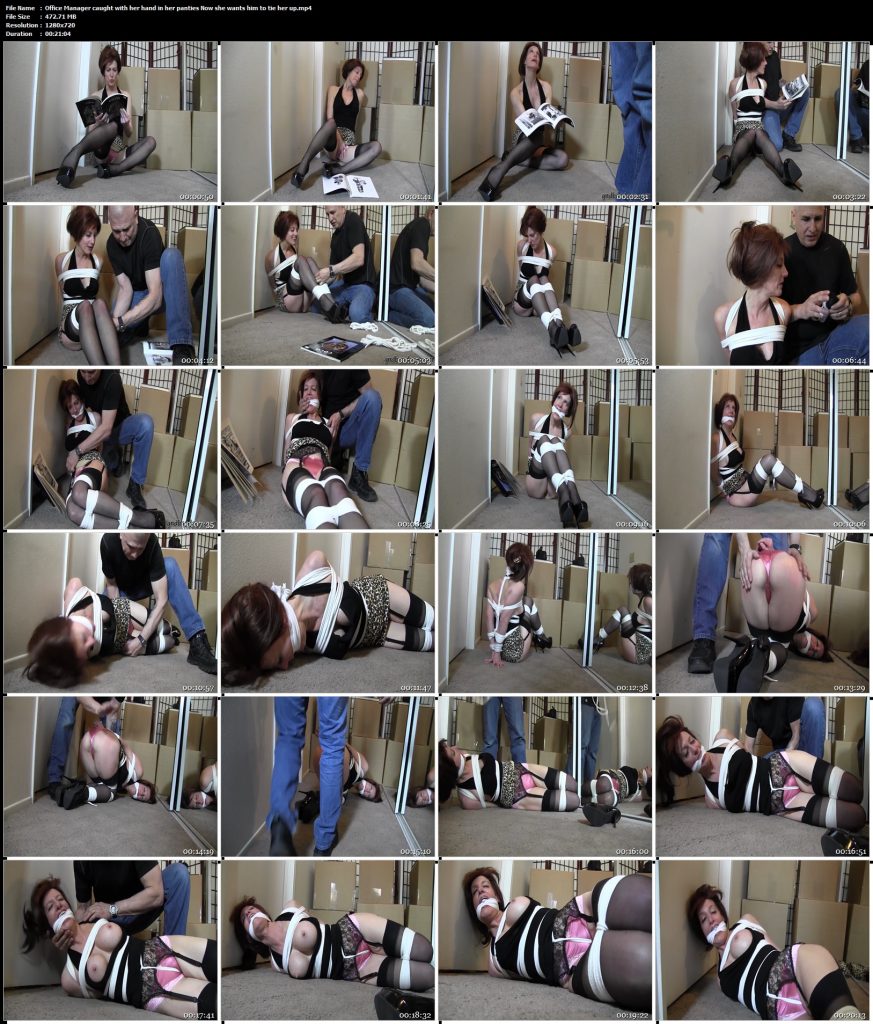