They have been looking all over town for his step daughter Sarah. He found her hanging around at a hotel with a bunch of questionable people. When he took her up to her room to get her things so he could take Sarah home, he found she had rope and other BDSM related items. This is when he found out Sarah was into playing kinky bondage games. Also having the desire to play such games, the man decided to take advantage of the situation. He grabbed his step daughter and tied her up. Sarah could have resisted. But the idea of being tied up against her will to be very exciting. Then he gagged her and this had Sarah very turned on. In fact, the rope tied up between her legs made her cum in her panties as soon as it was tightened. Later, step dad pulled Sarah’s top down to expose her tits. He then hogtied her on the floor and left her to struggle bound and gagged. Sarah’s eyes rolled to the back of her head as she forced herself to have another orgasm with the crotch rope. Step Dad or not, Sarah didn’t care how taboo it was, she wanted him to pull her panties down and fuck her brains out. 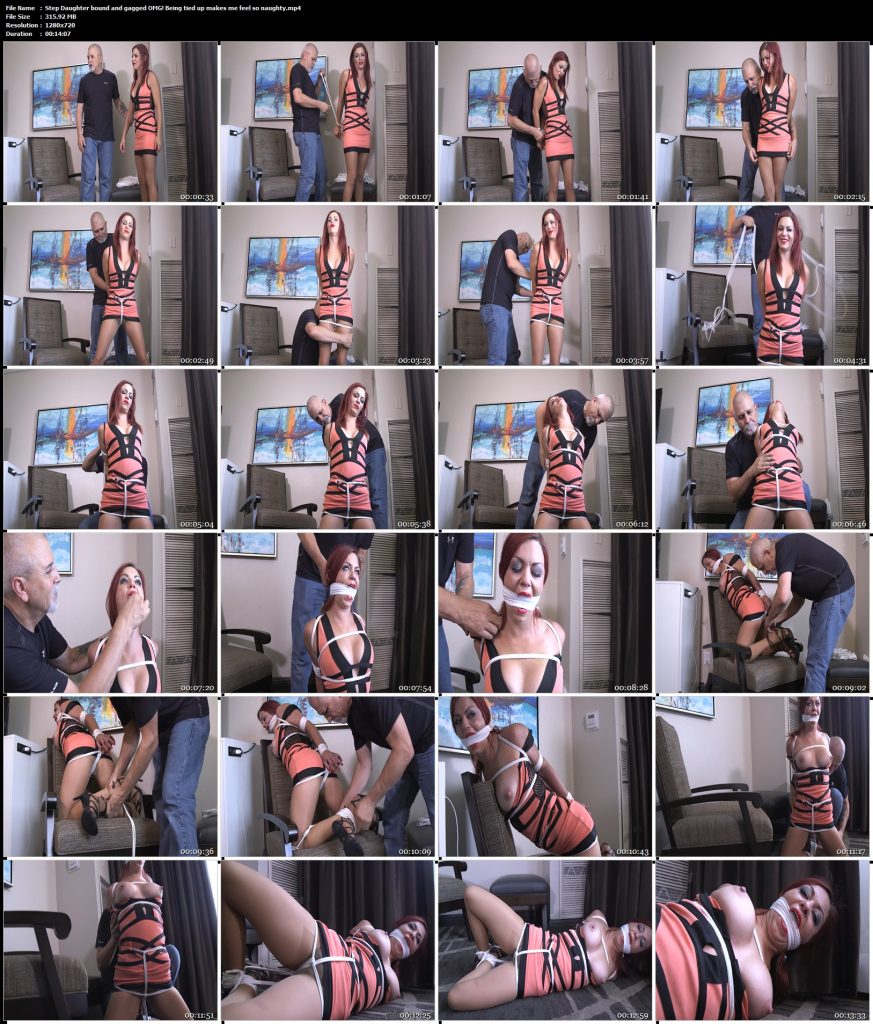