Whitney and her husband are trying to get their son back on the football team. While her husband talks to the school dean, Whitney sneaks out and goes to the source of her son’s problem, the coach. When she gets to his office, he is not as cooperative as Whitney had hoped. So she decides to take drastic measures. Measures that have always worked for her in other matter when she does not get her way. Whitney starts to flirt with the man and then offers herself to him in any manner he chooses. At first he is suspicious and hesitant. But when he realizes “Anything” means he can do anything he likes. It just so happens that the man has all kind of kinky ideas. Ideas most women he has know have been reluctant to try. Whitney does not put up any resistant as the man uses rope to tie her up. She questions the idea of having to be tied up. But she does not make too much effort to stop him. Until the rope starts to get too tight for her. “My husband is in the room next door and if I scream he will hear me!” she threatens. But the man has a plan to take care of that problem. He stuffs and tapes a large pair of panties in Whitney’s mouth to gag her. Now bound and thoroughly gagged, Whitney struggles in the office. When she is crotch roped and ball tied, Whitney starts to worry she may have got herself into some serious problem. But she cannot help but notice the feeling of being very turned on by this. So when the coach asks her if she is ready to do something naughty to get her son back to playing football, Whitney lets him know he can do whatever he wants to her while she is tied helpless. 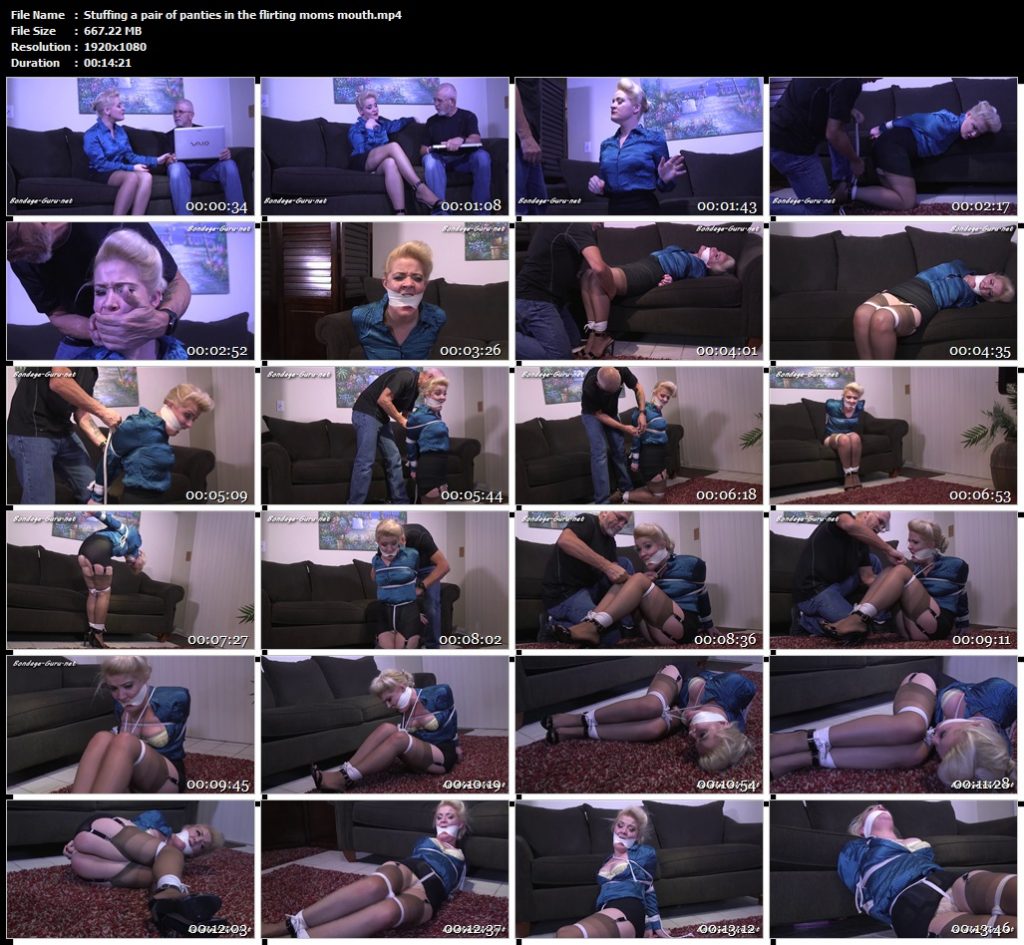