Mouth Stuffed and Tied Up Girls – Gia Love – Peeking through her window, he watched an intruder tie her curvy ass up HD

He liked to sneak around the neighborhood and peek in on some of good looking women who lived near by. He especially liked Gia because he noticed she liked to dress in very sexy tight clothes and because he had peeked in on her in the past, he also saw that she liked to wear garters and stockings under. So today he was not disappointed when he found her sliding glass door open. He watched her come in lift her dress and adjusts the garters holding up her stockings. All of a sudden as Gia was putting on her high heels, there was a noise. Gia stood up and walked into her bathroom to investigate. There was a sound of her being caught by surprise and then a man brought her back into the room and made her get on her knees. He watched as the man used rope to tie Gia up. When he saw the man stuff and tie a gag in Gia’s mouth, he though of running off to get help. But he was excited as he watched, he just couldn’t get himself to leave. Gia was left to struggle bound and gagged. As she moved around, her short dress moved up he hips and not her pretty black lace panties and garters were completely exposed. At one point, the man returned to Gia and put her on her knees so he could tie her up better. The sight of her tiny panties and her big curvy hips startled the peeping tom and it caused him to move. Gia noticed and realized the man at her door behind the curtains. As the bad guy lifted her top to expose her great big hips, she tried to plead with her eyes for the person watching to go get help.The bad guy then left Gia bent over as he went off to do whatever. It was a good time for the peeping tom to run off and alert the authorities, but then he thought, how would he explain how and why he saw this. Then there was the sight of Gia’s beautiful big curvy ass only covered with a pair of thong panties and this sight alone kept him watching. Finally, the bad guy came back and hogtied Gia on the floor. He then left her struggling bound and gagged as he made his get away. Gia squealed through gag at the man watching to help her. Eventually he would leave and call 911. But he would remain anonymous and hope Gia would not recognize him if she ever saw him again. 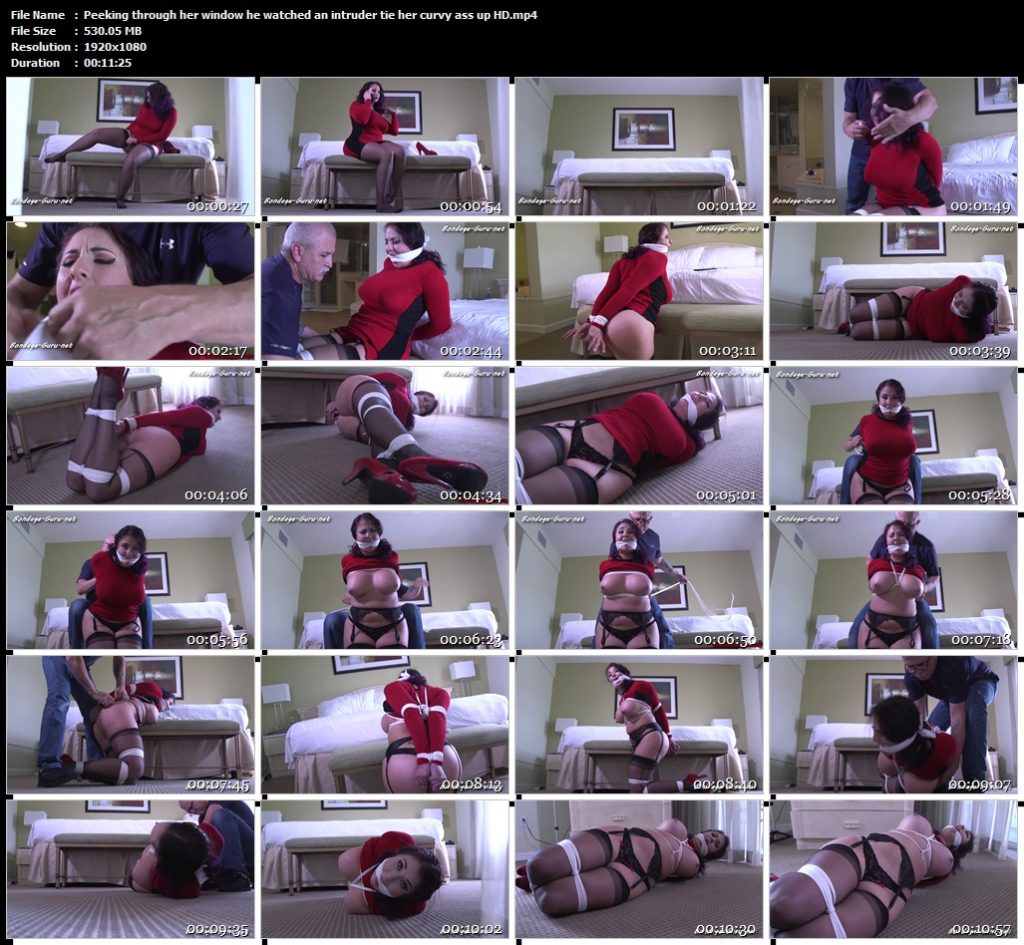