He had been having an affair with the much younger girl from next door named Sahrye. But fearing his wife was going to catch on, he broke off the relationship. So he was very surprised to find Sahrye in his basement one night. Especially since his wife was home upstairs. He tried to remind Sahrye that the affair was over. But she told him the affair would not be over until “SHE” said it was over. She then demanded that even though his wife was upstairs, for him to play with her right then and there. Realizing, he had no choice, the man came up with a plan. He brought out some rope and told Sahrye they were going to play a game. He couldn’t believe that she actually fell for it as she let him tie her up. He told her to close her eyes and open her mouth wide. Believing that he was going to shove himself in her mouth, Sahrye did exactly that. But all of a sudden, she felt cloth getting stuffed in her mouth and she started to protest. The man quickly tied a bandana between her teeth and Sahrye found herself tightly gagged. She struggled and tried desperately to spit out the wad of panties. But soon the feeling of being helpless, had her really turned on and she believed that this was still some kinky game. So when the man made her stand and hop until she was under a over head beam, she gladly complied. Sahrye now found herself bent over and suspended from the ceiling. She became even more excited when the man started to slap her ass through her girdle. She anticipated that sooner or later, he would pull the girdle down and give it to her from behind, but that never came. When he had her hop and bend over a step latter, she thought that this was where she was going to get it and again gladly did as she was told. But instead of untying and spreading her legs, the man put her in a suspended hogtie from the ceiling. Then after replacing the gag with a different pair of panties and wrapping tape around her mouth, the man told her that he was leaving for the evening. He told her, he would be back and then they were going to do things “his way”. Sahrye was furious as she struggled hard to get away. She tried to scream through the gag, but that only caused her to choke on the panties and start to drool. Then she started to think about what he said about doing things “his way”. She couldn’t help but get turned on again as she started to hope that “His Way” involved him getting into her panties. 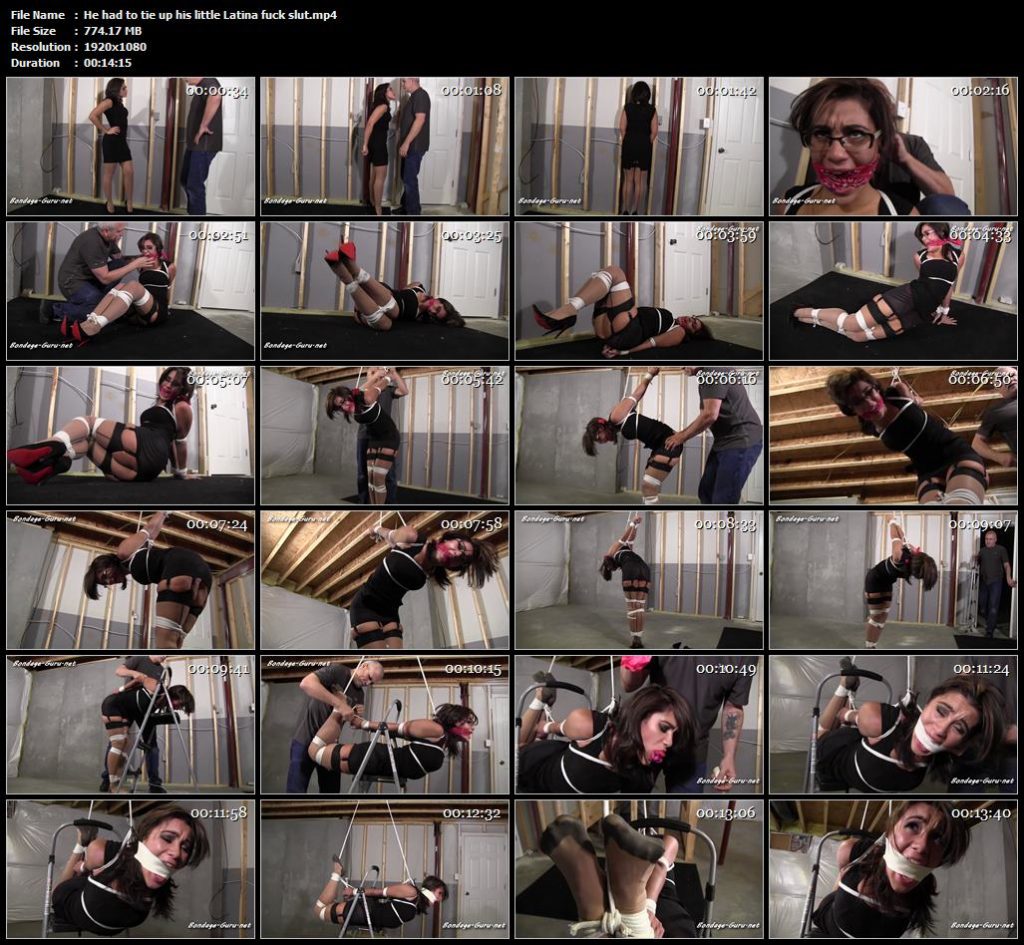