It was a cool and sunny Saturday. Julia and I decided to hunt swap-meets in the morning to look for bargains. When we got back home, I started a roast for an early dinner. The meat was in the oven, but I still had to peel potatoes and carrots to pop in the oven a little later, and make a salad. She was restless, not finding anything on TV and not in the mood to read. I wanted to be a good host so I threw her a rope, and she took the bait. Julia charmingly narrates her first roped up predicament as she tries to escape. No luck with that. I throw in a sponge ball and a roll of tape. “What’s that for?” She figures it out with a bit of trepidation. With her mouth stuffed and tape plastered over it and under her chin, Julia continues her non-stop dialog, although now it is decidedly muffled. It is pretty easy to figure out one thing she wants, and that is to be released, but the roast still had two hours to go. I threw in a blindfold. She kicks it back at me and gag talks an emphatic rejection of that notion. I did not accept her rejection. With the blindfold on, Julia’s attitude is changing. It is clear she is starting to succumb to the helpless feeling. In the end the ropes are off her body and she peels off the gag. Guess what she has to say? 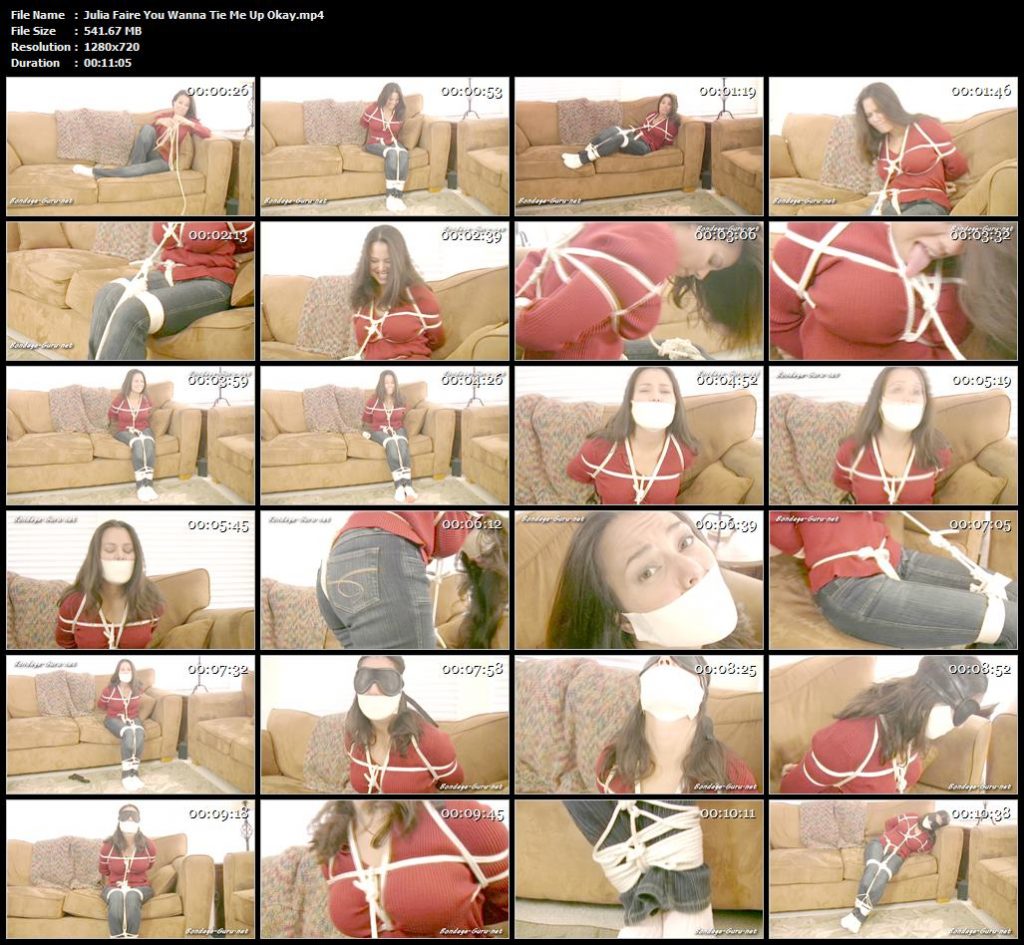