He was given a job to repair some wiring in his next door neighbor’s basement. She told him that if he got it done by the time she returned at the end of the day, he would be paid an added bonus. He was sure that he could get it done in a half a day. That was until the neighbor’s daughter Sahrye showed up. Sahrye had the hots for the older man who lived next door and she out of her way to flirt with him whenever she could. Now she had him all alone in her basement. At first, he was reluctant and told her to leave him alone so he could get this work done. But Sahrye wouldn’t give up and she finally forced him to take drastic measures. Hoping to keep her out of his way, he grabbed some rope and tied her up. But this only turned Sahrye on more, especially when he stuffed her mouth to gag her. Watching her squirm as she struggled and listening to her moans through the gag made it very hard concentrate on the job. Finally in the end, Sahrye was going to get her way when he tied standing up and tethered to an over head beam. After bending her over and spanking her, the neighbor man lifted her dress and pulled her girdle out of the way. When Sahrye felt him pull down her panties, she could hardly control herself. 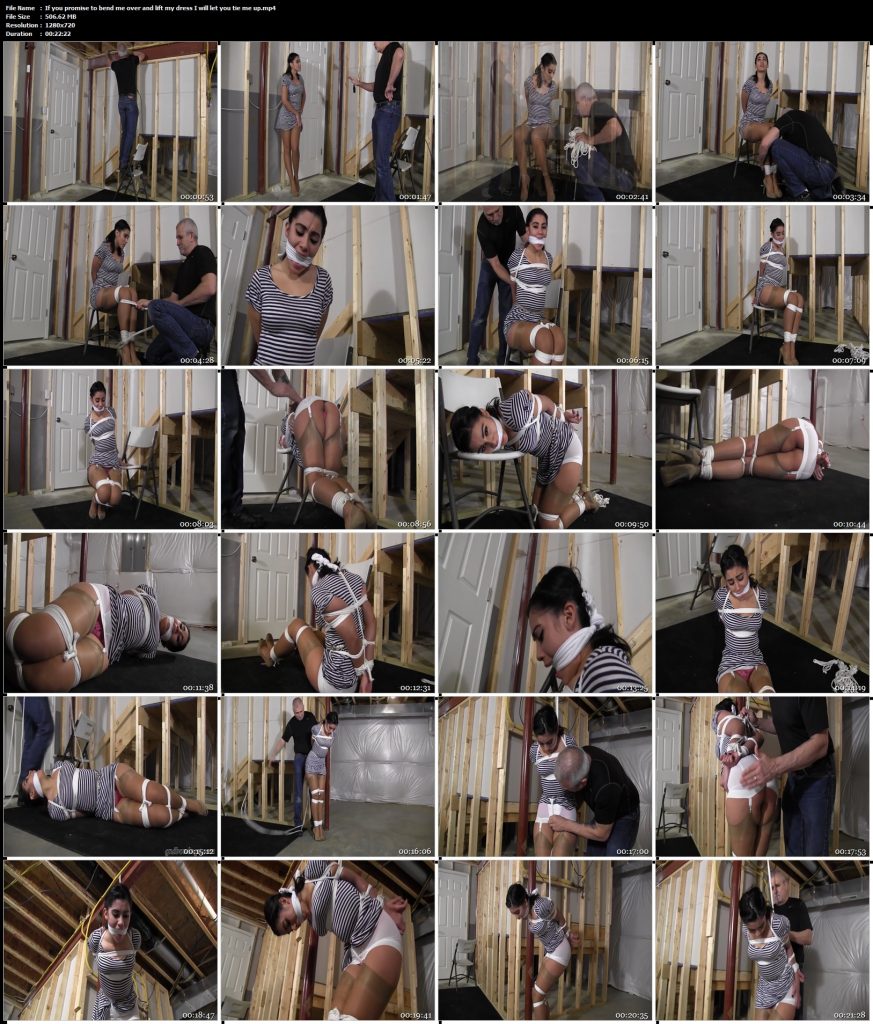