He and Chrissy had an agreement about some photos she took of him in a very compromising position. But Chrissy had no intention on living up to her end and posted the humiliating photos anyways. After all what could he do about it. When the man found out about this, he went over to Chrissy’s place and caught her on her phone bragging about what she did. When he confronted her, she was not remorseful at all. The man came prepared for this and now Chrissy was about to learn a lesson. He grabbed Chrissy and started tying her up with rope. At first she thought it was funny and started to giggle. But then she realized being tied very tight was painful and she started to protest. The man put an end to this by stuffing and taping a great big pair of panties in her mouth. Now she was bound and gagged and the man continued to add more rope. Now she was going to see what it felt like to be humiliated. Because the man took out his cell phone and started shooting photos of her like this. Photos the man planned to post on Chrissy’s social media for all her friends to see. As the man watched Chrissy struggle bound and gagged, he noticed there was still lack of remorse in her attitude. Maybe tying her elbows and hogtying her painfully tight might put her in the proper frame of mind. And to make sure she felt total humiliation, the man pulled her skirt all the way up her hips and wow, those sheer panties she was wearing under the skirt hardly hid anything. When he un-buttoned her blouse and saw her matching bra was just as sheer as the panties, he considered leaving it on. But no! Photos of her bound and gagged with her boobs out would certainly teach Chrissy the lesson she needed to learn. 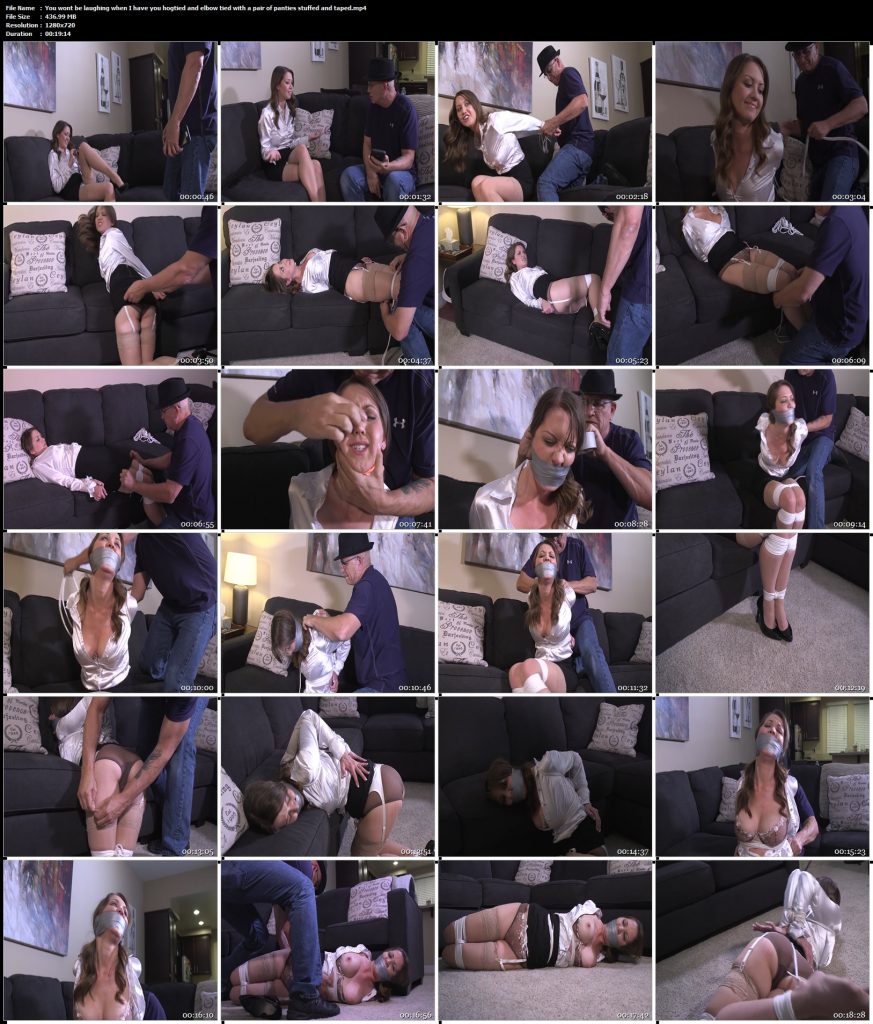