Bella met this man at a cocktail lounge and brought him home thinking he and she would have a little bit of fun. But then the man noticed Bella had rope laying around. When he asked her why, Bella told the man that she enjoyed being tied up. Much to Bella’s delight, this really perked the man’s interest. So she asked the man if wanted to tie her up and have his way with her. A short while later, she found herself tied up very tight and gagged with her mouth stuffed and taped. After the man pulled her pantyhose and panties down to let Bella have it, she refused to let him untie her. So the man hogtied her with her big tits out. This gave Bella time to get herself all worked up and again. It also gave the man time to rest up for round 2 and hopefully round 3. Seeing Bella struggle bound and gagged like this made the man realize that he probably didn’t need as much rest as he normally would. 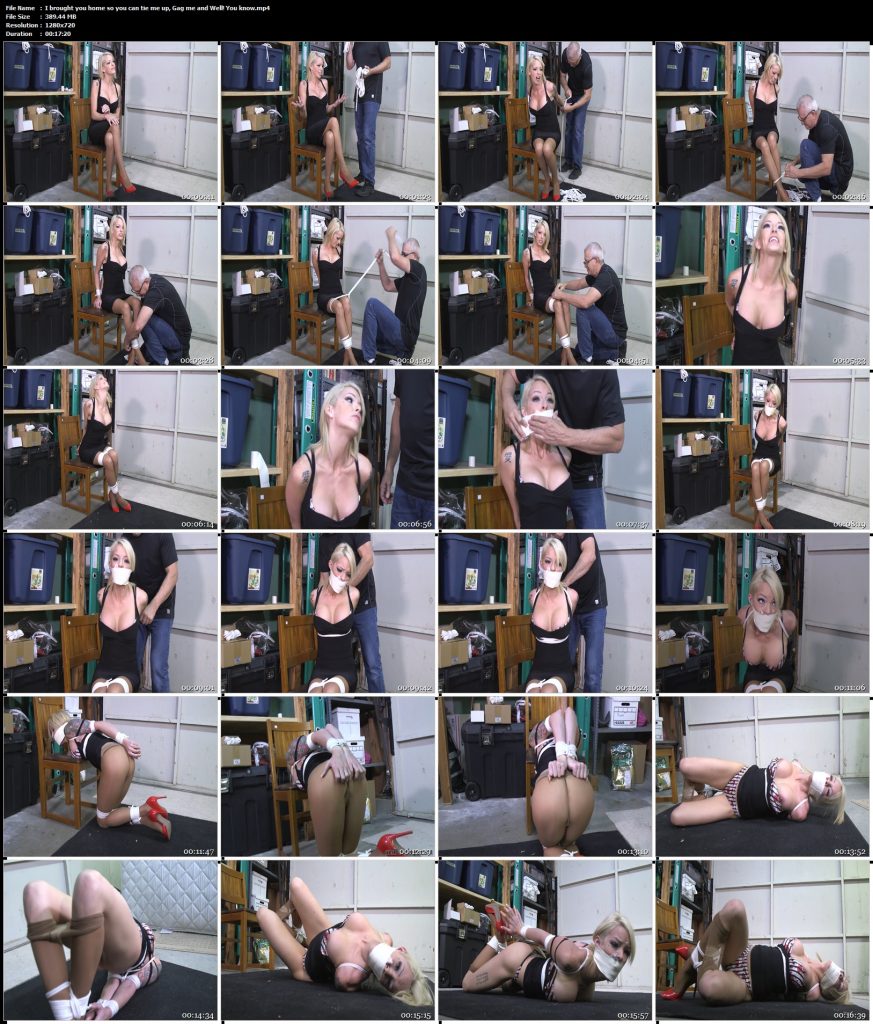