Chrissy wakes up naked on the couch, confused with her hands taped behind her back. As she tries to figure out what has happened to her she puts her feet on the floor to stand up, not realizing that someone has laid a whole bunch of strips of duct tape across the whole room, sticky side up! She tries to get out of it but the tape keeps tangling up her bare feet as she tries to remove it. Who would do such a thing! Then she tries to get at it with her bound hands but she loses balance and falls to the her knees then the floor! She struggles as the tape wraps around her body and she keeps getting stuck and pinned to the floor! After a while she manages to get all the tape off of her body, cringing in the process and leaving red marks all over, but she still can’t free her hands!

Just then her brother’s best friend comes in, laughing at her and asks her if she liked his prank. She can’t believe he did this to her! What a jerk, he is so going to pay for this some day! She tells him it was horrible and to please free her hands from this painful duct tape right away! As she turns around to let him remove the tape from her wrists, he surprises her by wrapping tape around her torso to pin them down instead! Then he slaps a couple strips over her mouth to stop her whining and complaining. He was hoping she would have stayed stuck in his original prank for much longer, so to make up for it, he is going to tape up her ankles and let her try to struggle her way out once more, but this time she is too restricted to possibly escape! 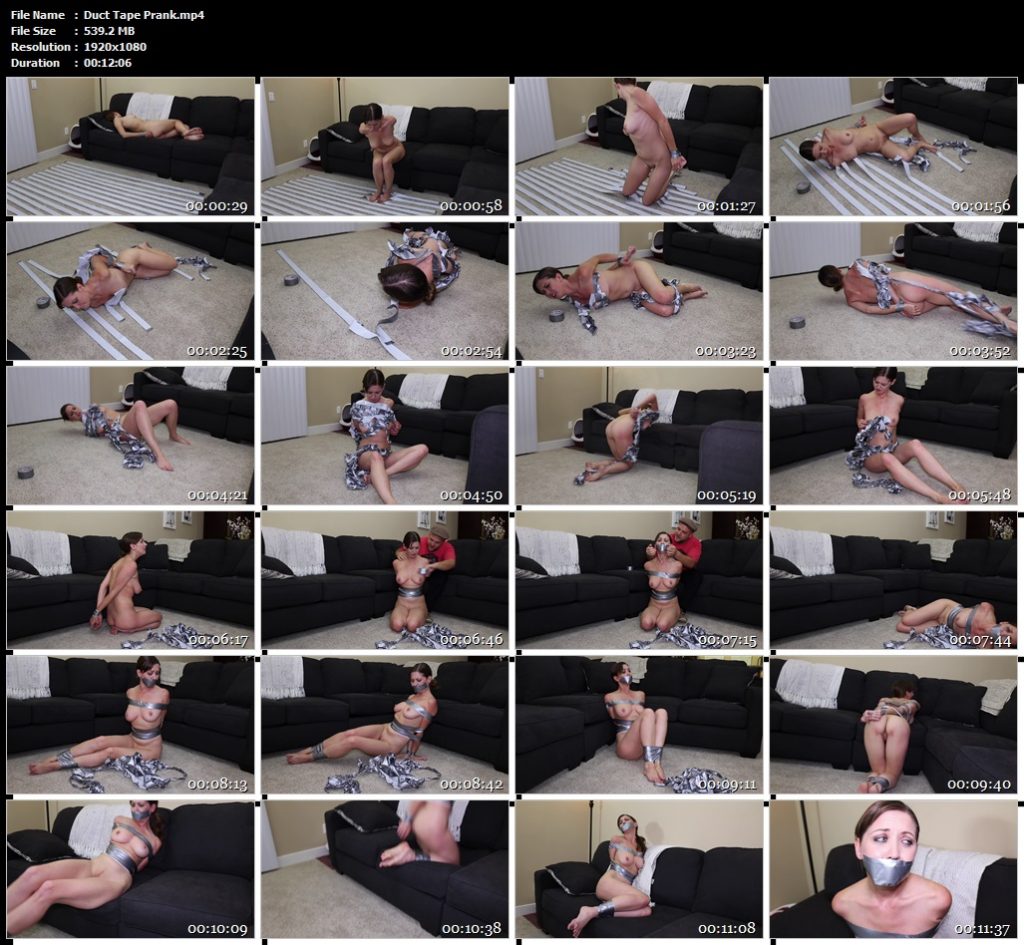