He was sent here to get something. They told him that no one would be there. They forgot about Caroline, the family Nanny. When Caroline saw him, she panicked and this caused her to go out.. The man used this opportunity to tie her up and gag her. But as the man was talking to a colleague, Caroline started to protest. The man returned to his captive and un-tied her. But this was not to let her go. He made her strip down to her girdle and pantyhose. Since Caroline wasn’t wearing a bra under her dress, her boobs were now exposed. The man then re-tied her. He also gagged her again, by stuffing and taping a pair of panties in her mouth. He then left the nanny struggling hogtied and gagged in only her blue long leg pantygirdle and pantyhose. 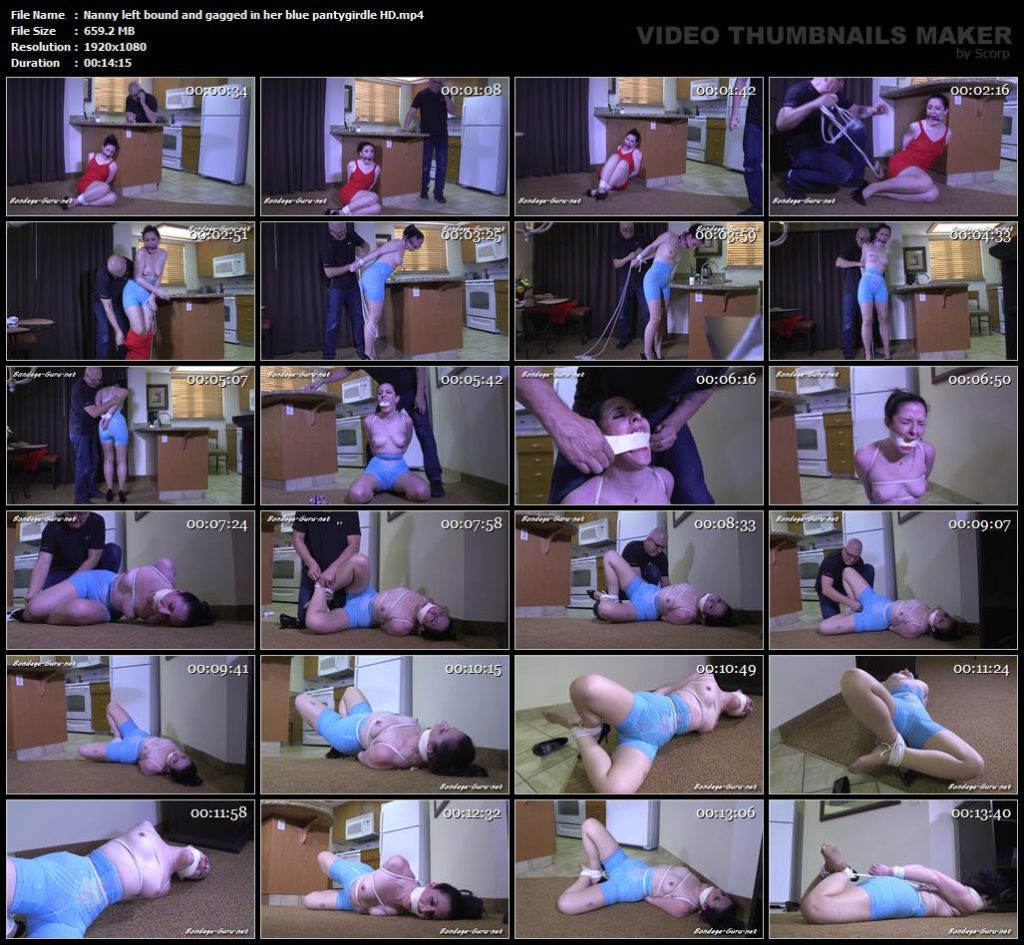