SAHRYE vs THE BLOB – magical BONDAGE – a strips her, restrains her wrists, ankles, and GAGS her with an unknown psychedelic plasma, big butt crack out

Poor Sahrye was just chilling reading a book with her ass crack hanging out at her beach house in Cabo, Puerto Rico – when THIS happened : she began to hear strange sounds in her home, and then she notices the birds stopped chirping outside. All of a sudden her bedroom gets dark, and a mysterious flashing plasma lands on her from above, and begins to restrain her wrists behind her back. It flashes and blinks different colors, as well as emits more strange sounds as it begins to wrap itself around her. Sahrye grunts and struggles her best to escape, but things just get worse as both her wrists and ankles get covered in the plasma. Her boobs begin to fall out of her already skimpy top, and the ankle restrain is pulling down her jeans, – which already can’t contain her big butt crack. The plasma covers her head but Sahrye fights against it with all her might, bucking, and twisting around, and both her tits are out jiggling about as more plasma flies at her from the unknown. Next, a massive blob drops down covering her entire body. Sahrye fights it off, but as she shakes some of it off, it takes her top away, leaving her topless. The plasma then covers her head again, and when Sahrye is able to finally shake it off of her head, she finds herself gagged by the plasma which has wrapped a tight grip around her mouth! Muffled yelps are heard from behind her gag, as another huge blob engulfs her entire body again. Twisting and writhing to survive, she shakes some of it off, but almost loses her jeans with almost reveal her entire butt, and a hairy bush. Sahrye is determined to keep her jeans on- and struggles harder to fight against it as she grunts and yelps from behind her gag. Then as suddenly as it began, it stops and vanishes into thin air.. shocking Sahrye at first – who quickly covers her chest with her arms, and pulls her jeans back up over her booty while she catches her breath, and tries to figure out what the hell just happened to her, airing out her sweaty armpits filled with dark stubble. * Don’t miss the many other clips featuring SAHRYE ! 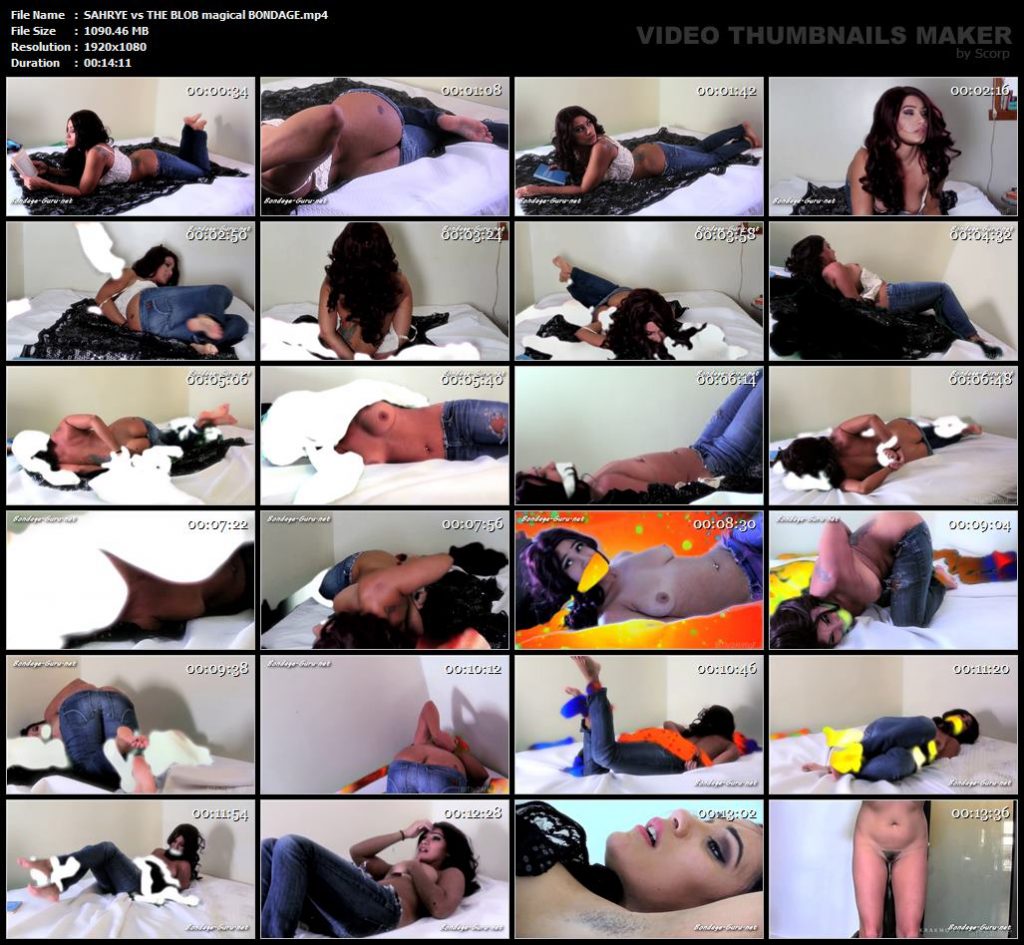 Silly baby sitter! You let them tie up as their captive Indian Squaw! – Enchanted-Fantasies

Vivienne is Bound in a Frogtie and Vibrated Mercilessly – Ogres World