Annabelle works as a hotel maid. For months she has been sneaking into rooms and ripping people off. Up to now, she has gotten away with it. But today she is caught by a man. He grabs her and calls the front desk, asking to speak with the hotel manager. As he does this, Annabelle pleads with him not to turn her in. She tells him that she will do anything he wants. Lucky for her, the manager is out to lunch. So she now has more time to talk to the man and hopefully get him agree to a deal. When he agrees, Annabelle was only expecting to have him fuck her and maybe give him a blow job. But instead he brings out some rope and ties her up so tight it hurts. Seeing she has gotten in over her head, Annabelle tells him that she wants to untied and that she will go with him to turn herself in. The man lets her know that he has no plan to let her go. Just then, the phone rings. It is the hotel manager returning the man’s call. The man grabs her and covers her mouth with his hand so she can not call out. She grunts and whimpers through his hand as the man explains to her boss that there is no longer a problem. But as she struggles in the man’s grasp, something happens to Annabelle. The feeling of being helpless gets her very turned on. When the man hangs up, he can tell something has changed in her attitude. It becomes obvious to him that Annabelle wants him to finish tying her helpless and have his way with her. So the man stuffs her mouth with panties and ties a rag over her mouth to gag her. This gets Annabelle very worked up and she can hardly wait until she is bent over and fucked hard. But she soon finds out that this isn’t going to happen right away because the man wants to watch her struggle bound and gagged. He then re-gags her and ties a crotch rope between her legs. Soon Annabelle uses the tight rope up inside her to get herself to cum several times. Finally she looks at the man and tell hims through the tight gag that she needs to get back to work and for him to hurry up and fuck her. 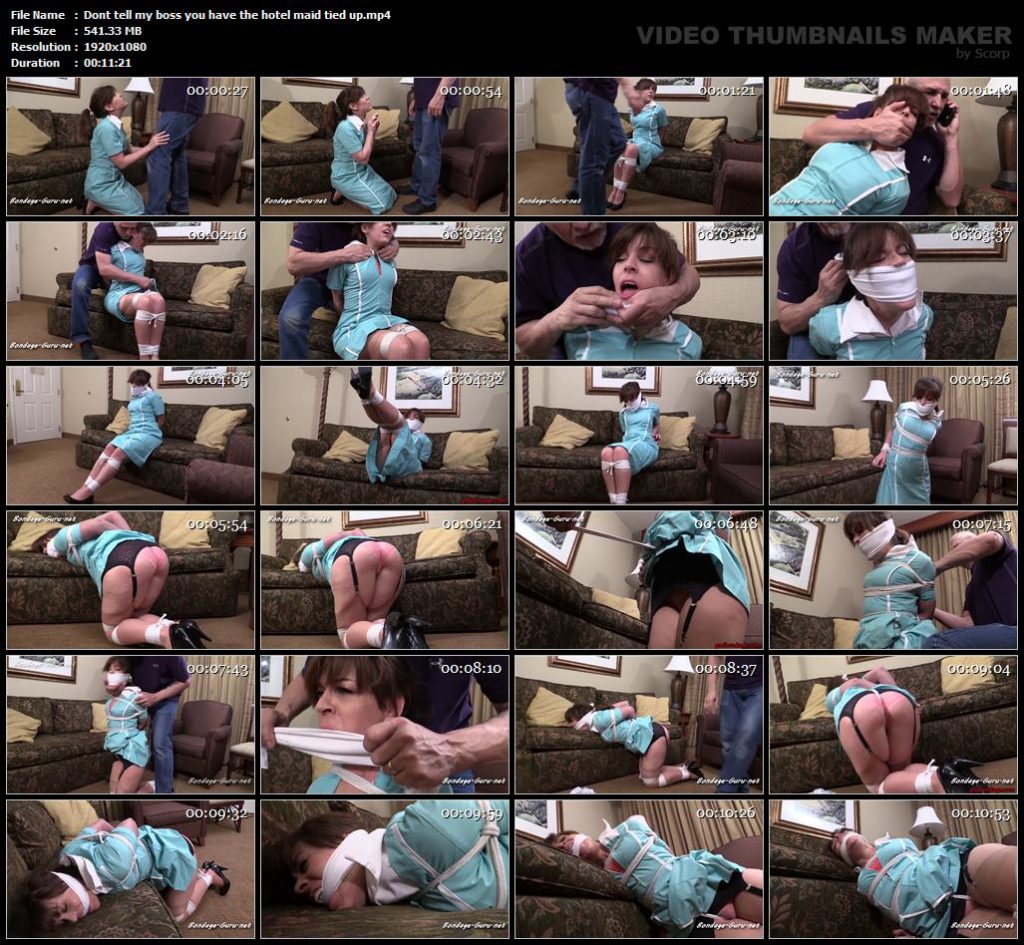 Hogtied naked-He took my panties off and taped them in my mouth!

You can’t let my boyfriend find me like this! Tied up in just my pantyhose! – Mouth Stuffed and Tied Up Girls