Chrissy arrives home completely unaware that she is interrupting a burglary in process! The thief hides and notices a roll of duct tape nearby. Perfect! He will just overpower her then tape her up so that she stays out of his way while he finishes robbing her! When she’ least expecting it he sneaks up behind her then suddenly grabs her, firmly clamping his hand over her mouth so that she can’t scream. He threatens her into cooperating but as he’s taping her up she is still far too noisy as she begs and pleads for him to stop and let her go! So he grabs a pair of socks that she had left on the couch early and stuffs them in her mouth. He proceeds to seal her stuffed mouth shut by wrapping duct tape around her head several times as she helplessly mmmpphs, completely horrified by her ordeal. Once she is tightly tape bound and gagged the thief leaves to go search the rest of the house for valuables. Chrissy struggles furiously as she tries to break free from her bonds but she feels there is not enough time and decides to try and get to her phone instead. However just as she’s within reach the thief catches her in the act and binds her into a tape hogtie to ensure he has plenty of time to make his getaway and skip town. Now Chrissy finds herself alone, helpless, and very scared as she struggles strictly bound and tapegagged on her living room floor. She knows it could be hours or maybe even days before someone would come looking for her so she can’t give up and puts up a desperate fight in her attempt to escape! The question remains, will she succeed? 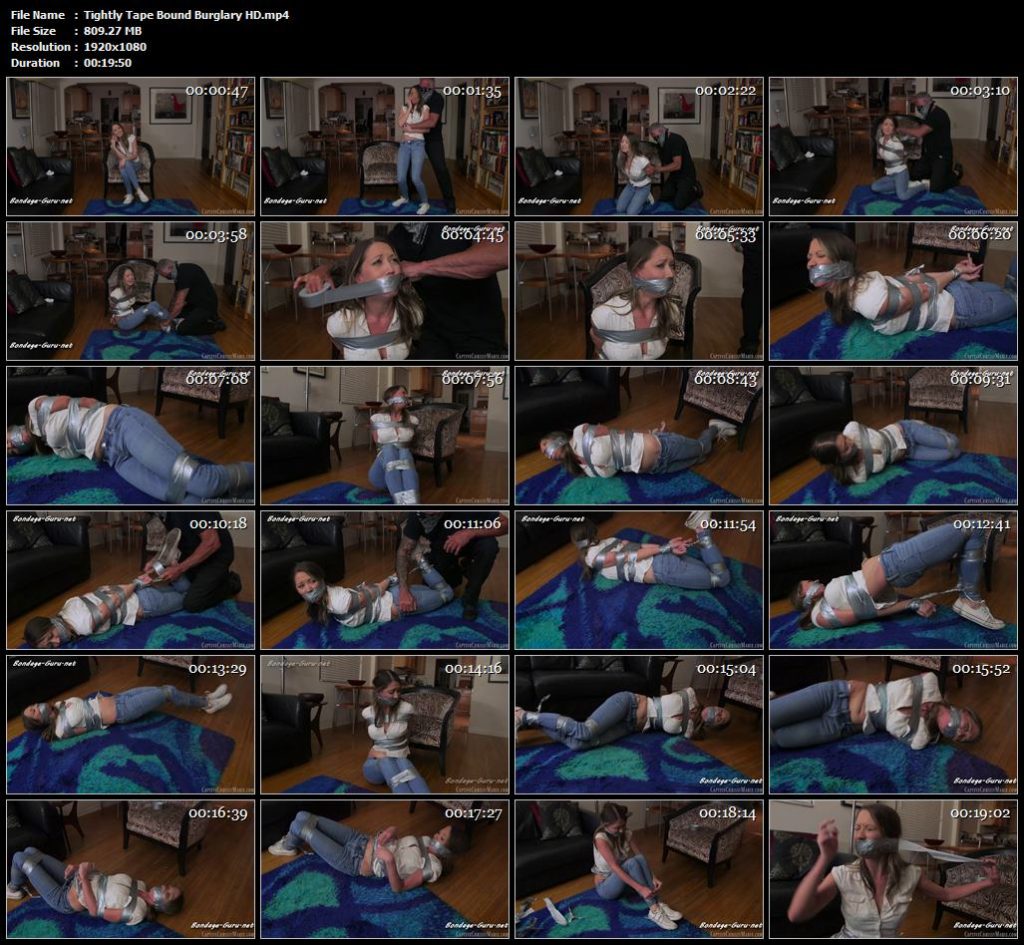