Step-Mom Hurry Home! Step Brother tied me up so he could look at my panties! HD – Mouth Stuffed and Tied Up Girls

Janira has to baby sit her step brother. She would rather be out playing with her boyfriend. As the video begins, she is on the phone talking to her boyfriend when her step brother sneaks in and catches her rubbing herself through her panties as she talks dirty on the phone. She catches him looking and tells her boyfriend that she will call him back later. Janira ridicules the step brother for being such a pervert. But then he tells her that he is going to tell her step-mother what he saw her doing as she talked on the phone. Janira thinks giving him a peek up her skirt of her panties will satisfy him and he will not say anything. But he wants to see more and Janira isn’t so willing to let him. The next thing she knows, Janira finds herself over powered and tied up on a chair. Her legs are tied spread apart to give her step brother a good view up her skirt. Janira demands to be untied and starts to get too loud. So step brother stuffs and ties a gag in her mouth to shut her up. As he watches his older step sister struggle bound and gagged on the chair, he realizes that eventually she will get loose and he will be in big trouble. So he thinks to himself, why not make it, really worth it. He pulls her blouse open so he can see her tits too. After awhile, he decides that he has seen enough and goes off to his room. When he leave Janira alone she starts working at getting herself untied. it takes her quite some time, but eventually, she gets loose. 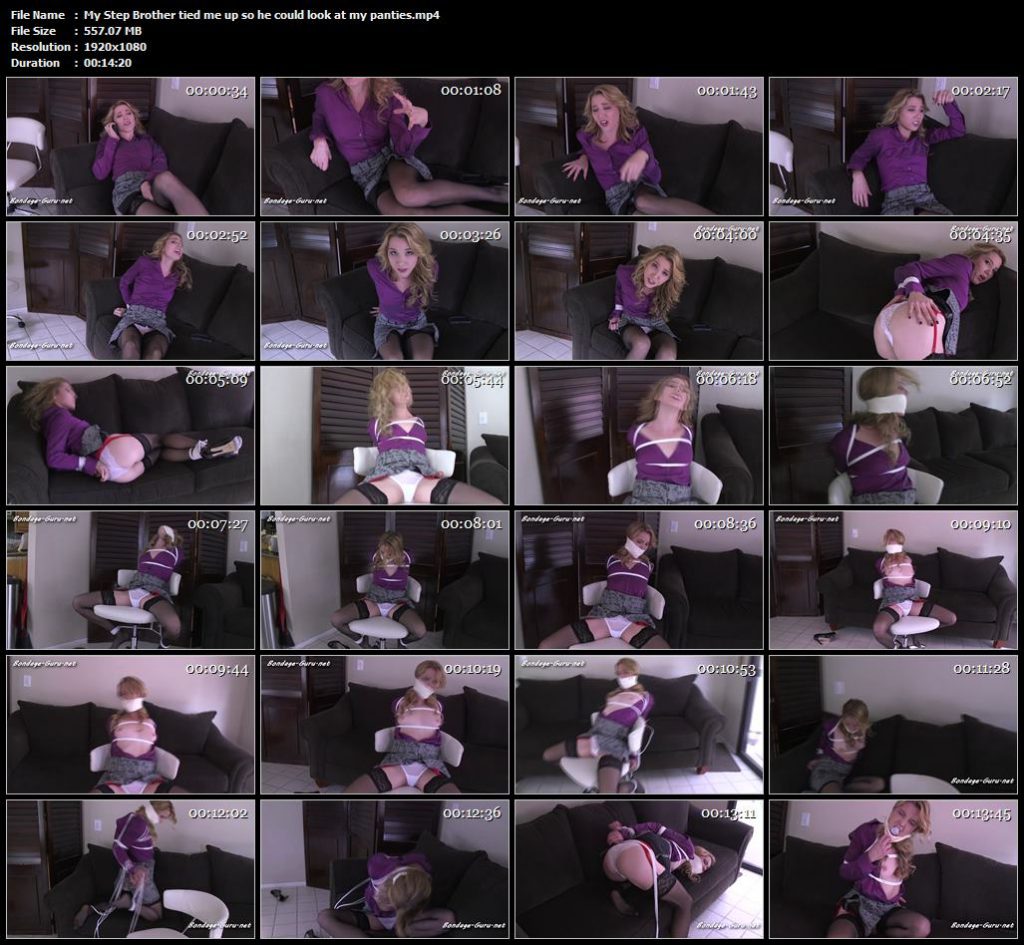 Baby Sitter in Distress-How I spent the day zip tied and gagged! – Mouth Stuffed and Tied Up Girls

BS12-Latina Baby Sitter tied up, gagged and to show them her panties – Mouth Stuffed and Tied Up Girls

Lessons in Baby Sitting-Never let them talk you into playing Cops and Robbers! – Mouth Stuffed and Tied Up Girls

Baby Sitter Bound and Gagged-Why did I agree to play Cops and Robbers! – Mouth Stuffed and Tied Up Girls