Crystal has a plumber at her house fixing a serious problem. When she finds out how much the bill is, she tells him that she doesn’t have that kind of money. “Maybe we can make some kind of deal!’ she tells him as she stands up and pulls down her panties. The next thing Crystals knows, she is bent over the bathroom sink moaning loud as she works off part of the payment. When the man is finished, he tells Crystal that although she was a lot of fun, the bill was not completely paid off. So she tells him that she can give him her husband’s very valuable watch. But she tells him that he is going to have to tie her up, so it will look like she was robbed. A short time later, Crystal finds herself tied up in a spare bedroom. She is dressed in only a bra and garter belt as her panties are down to her ankles. Then before the man gags her, she tells him to pull her bra down to make it look even more realistic. A pair of panties are then packed and taped in her mouth to gag Crystal. Having told the man where he can find the watch, Crystal is now all alone. Being tightly bound and gagged, she is feeling very helpless and this has her very turned on. The man returns to find her moaning through the gag as she squirms in the closet. . Before he leaves her, the man tells Crystal that if she ever needs anymore plumbing work, be sure to call him. She looks up at him wishing she could tell him to stay and play with her some more. 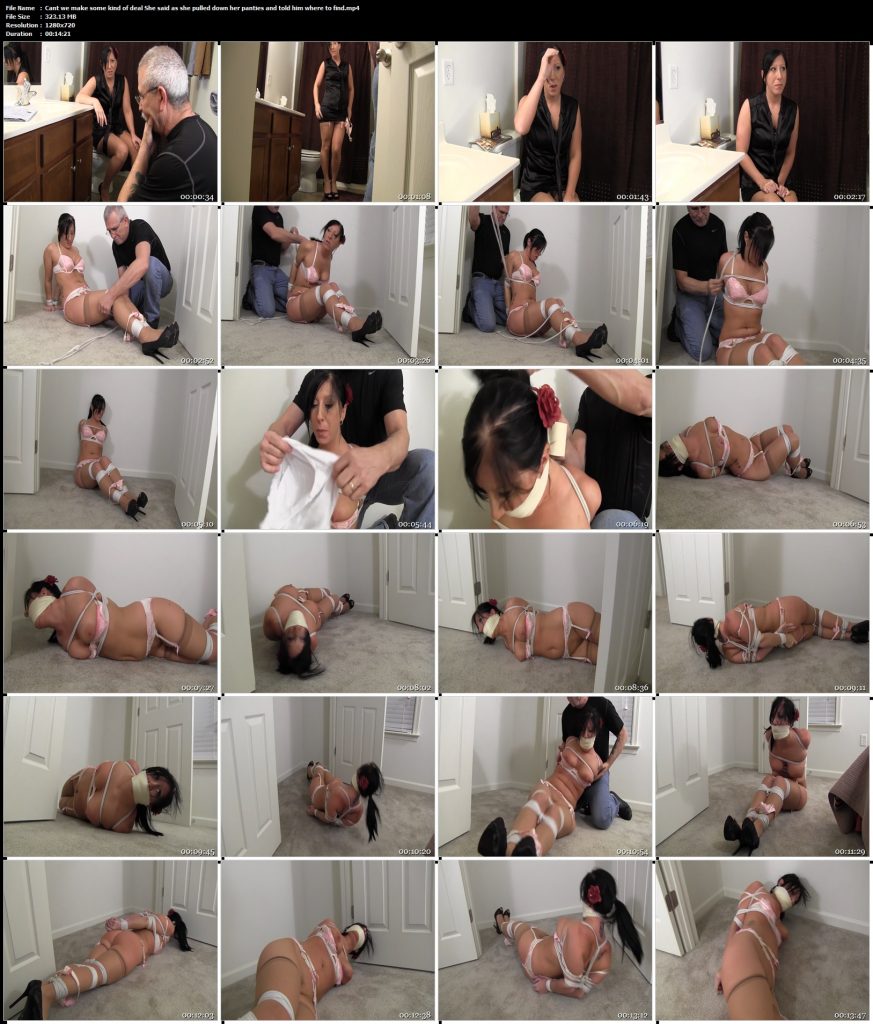