Audrey was home late from work and extremely tired. But when she started looking at Bondage photos on her computer, she started to wish she had someone to play with. As she started to imagine how fun it would be to get tied up and gagged, she started touching herself. With the vision of a man taking full advantage of her tied helpless, Audrey slowly drifted off to sleep. Sometime later, she felt someone pulling her arms behind her. Then all of a sudden, she was awake and saw that a masked man was tying her up with rope. She tried to resist, but soon she found herself all tied up and unable to get loose no matter how hard she struggled. Then when she started to make too much noise, a pair of panties were roughly stuffed and tied in her mouth to gag her. At first Audrey was scared. At least she thought she was scared. But then Audrey realized that she was way too turned on to be scared. In fact, she was so turned on, she tried to beg the intruder, to bend her over, pull her panties off and give it to her hard. And a short time later, the man returned to give her just what she wanted. First he put her on her knees and pulled her blouse open so he could pull her tits out of her bra. Then when he got behind her and bent her over, Audrey almost came in her panties right then and there. As she found herself being bounced up and down over the chair, Audrey could not believe how happy she was. Then all of a sudden, she started having an orgasm. But something unusual happened, she woke up and found she was bent over a chair. She wasn’t tied up and she was completely dressed with her hand inside her panties fingering herself. “Oh My Gosh! I was only dreaming!” she thought to herself. “That was definitely no Nightmare!” 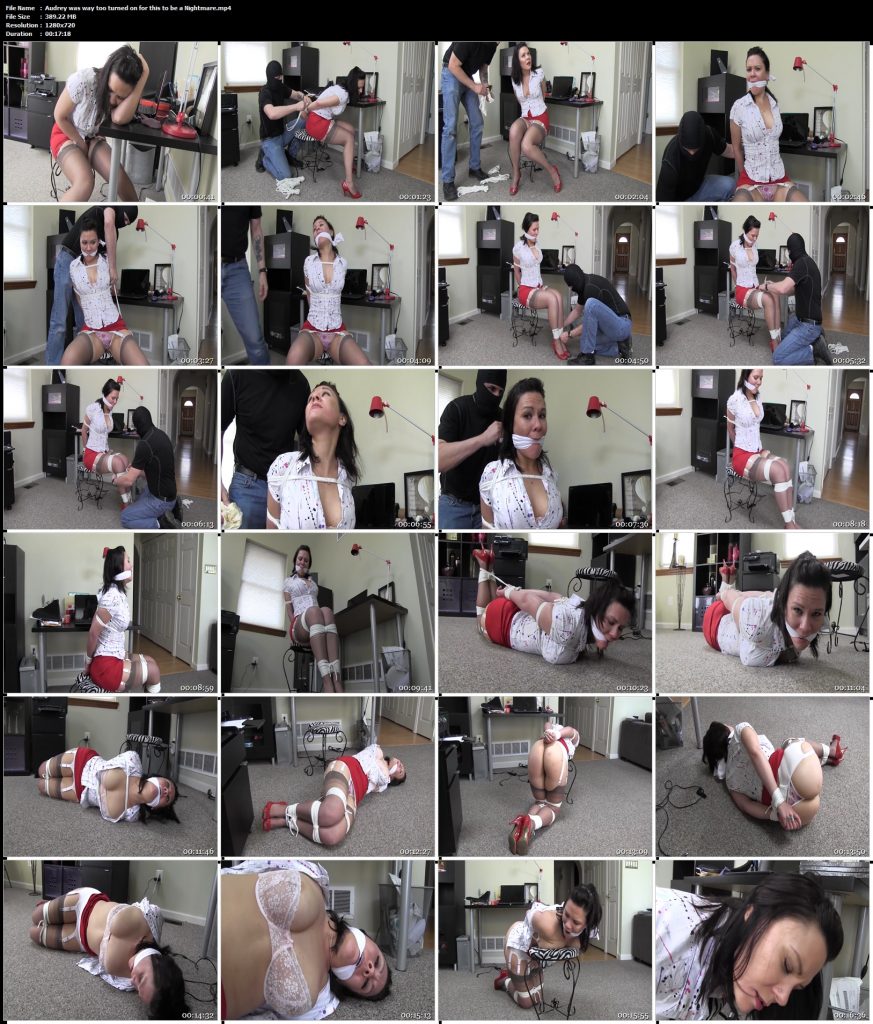