He was hired to do a plumbing job by Lylah. But he was unable to finish the job because he needed a special part. But Lylah was one of those women who thought things went her way or else. She called his boss several times to complain and was causing this man all kinds of problems. So when he showed up at her house to explain things and tell her he was on his way to pick up the needed part, Lylah tore into him. Seeing that she had no intention to listen to reason and knowing he would never get this job done with her around, the man lost his temper and grabbed Lylah. Using rope he tied her up good and tight. He even tied a rope tight between her so if she kicked too hard, the rope would push her pretty panties up inside her. Lylah tried to protest and threaten to report the man. He muffled her complaints by stuffing and taping panties in her mouth to gag her. Soon all Lylah could do was grunt and whimper. Finally to make sure Lylah stayed out of his way so he could work on her plumbing problem in peace, the man hogtied the curvy housewife. And, as added effect, he pulled Lylah dress top down so she could bounce her boobs about while she struggled bound and gagged. 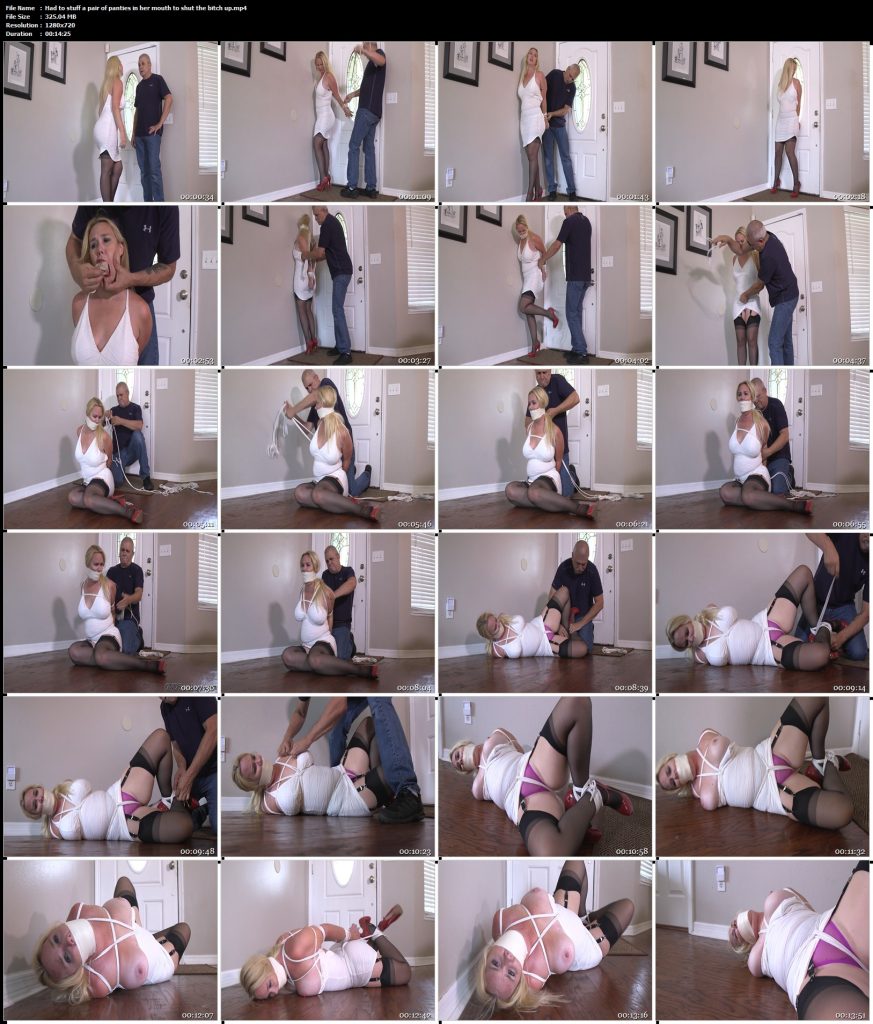