Carolina was his co-worker until she told the boss that he was fucking the bosses wife and got him fired. So when he showed up at her place with a bag of rope, Carolina was in for a big surprise. He grabbed her and threw her over a couch. Carolina protested as the man quickly tied her up. She continued to protest as he added more and more rope, but that was soon put to an end when he stuffed not one, but two pair of the bosses wife’s panties in her mouth. He explained the the boss’s wife also wasn’t too pleased with her as he wrapped tape around her face and over her mouth to gag Carolina. Then he told Carolina, that he wasn’t too worried about her telling anyone about this. That was because he heard a little rumor that she actually loved being tied up. Carolina couldn’t help it, she could no longer control herself and it became obvious that she was very turned on. In fact when the man asked if she wanted to be untied, she let him know through the gag that she didn’t. But the man was going to get photos her like this and if Carolina did not go to the boss and tell him that she lied about the affair, the man would show all her friends these photos. 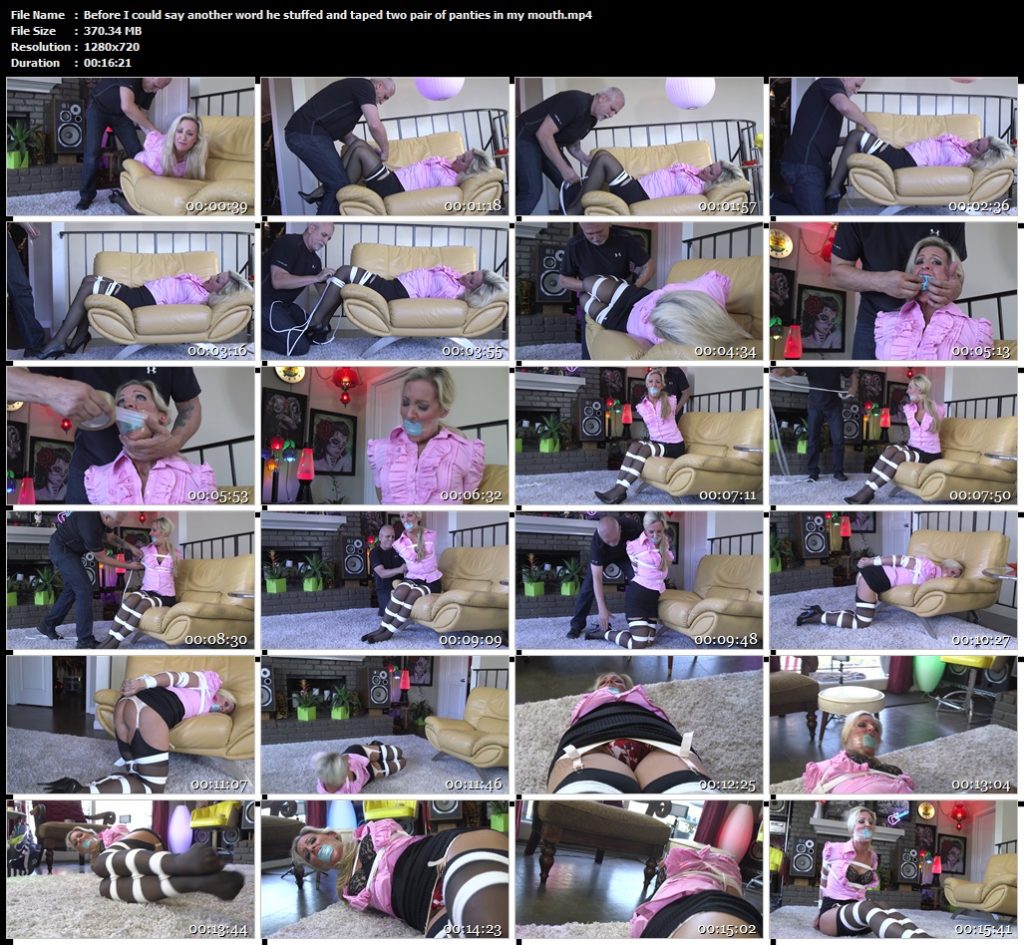