He was running from the law and Annabelle was the main detective working his case. So he lured her to a hotel where he tied her up. Annabelle protested and resisted. She assured him that he would get caught and things were going to go much harder on him if he didn’t release her. But the man had plans for her and held her face as he made her open her mouth. When he held a small plastic container over her mouth, Annabelle felt something hard and bitter go down her throat. It was then washed down with water. A short time later, Annabelle started to feel very good but also very strange. All of a sudden, she had the urge to have sex with a man. Any man including this man who was holding her against her will. The man returned to her and found she was getting a little loud as she came on to him. So he stuffed her mouth with panties and tied a rag between her teeth to gag the detective. You would think that this would cause Annabelle to panic or get angry. But instead it got her even more horny and now she really wanted the man to do her. She worked her way onto her knees and reached up under her skirt. Using her sharp nails, she ripped her pantyhose open so the man would have access to her from behind. She wasn’t wearing any panties under the pantyhose. The man returned with more rope and tied her tighter and more secure. When he crotch roped and hogtied her, Annabelle thought to herself. I don’t care how tight he ties me as long as he fucks me good and hard when he is done. 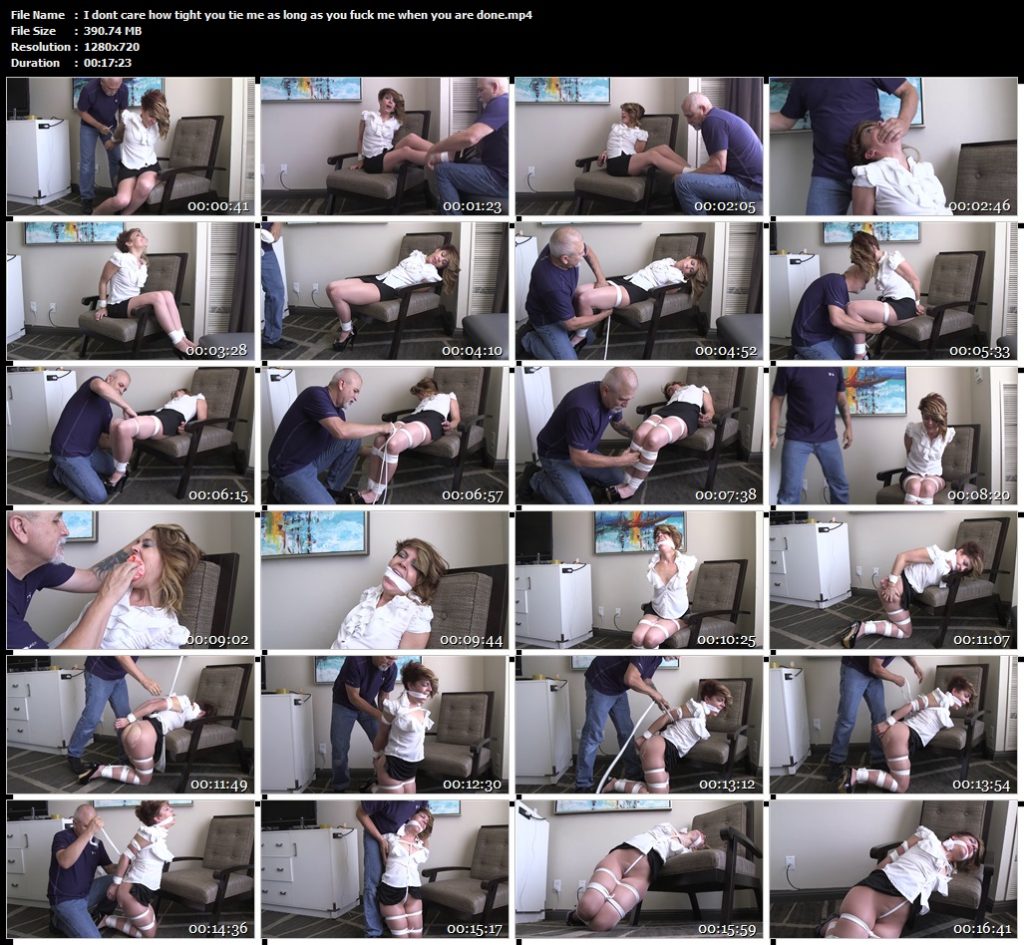