JJ Plush has broken down way out in the country. After a while, she gives up waiting for someone to come along and help her and she has sets off walking in her very uncomfortable high heels. All of a sudden JJ sees a car approaching. She waits for it to pull up along side of her and she asks the man if he can give her a ride to the nearest auto repair shop. But once she gets in, the man doesn’t take her anywhere but to a secluded area where he gets her out of the car and ties her up. Then after packing and tying a gag in her mouth, he stuffs her in the back. He then drives her to an abandoned garage where he likes to keep girls like her until he can sell them off to his associates. Rolling about in the cargo area of the car, JJ struggles bound and gagged. All the bumps and sudden stops send her bouncing about, but there is nothing she can do. Several miles down the road, they arrive at the man’s destination. There he takes JJ out of his car and makes her hope into a barn. After closing the door, the man brings out more rope and ties JJ tighter and more secure. This includes tying her elbows, crotch roping and hogtying her. He re-gags her by stuffing 3 Pair of panties in her mouth and leaves bouncing her big tits about after pulling them them out of her bra. 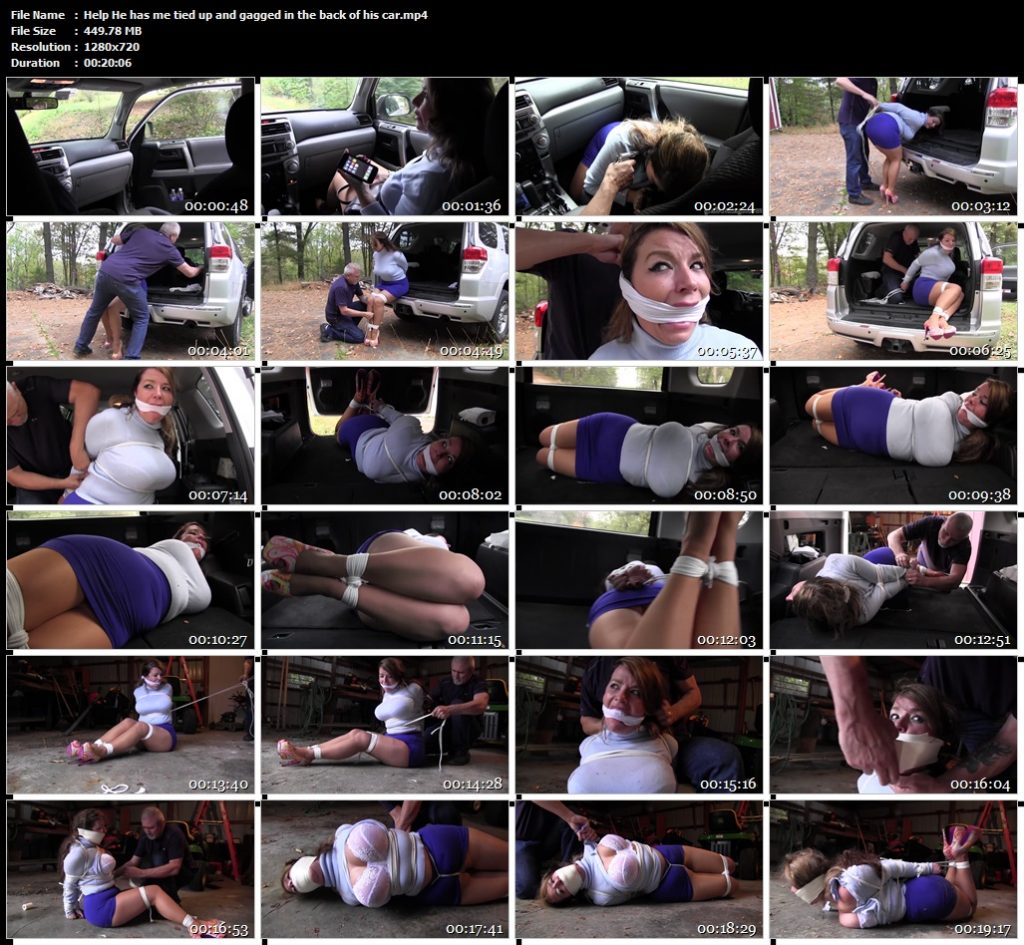