Girl Next Door Bondage – Tie up and gag my step sister so we can watch her fuck her boyfriend! HD

He has his best friend over and they are hiding in his step sister AJ’s closet. Why? Because she is a bit older, very sexy and maybe they can catch a peek of her getting undressed. But they cannot believe how lucky they are when she comes in and calls her boyfriend. She thinks she is home all alone and makes arrangements for him to come over and sex with her. She adds that she has a big surprise for him. They are so excited because they think they are going get to watch, hidden inside the closet. But in their excitement, one of them makes some noise. AJ hears this and catches them. But the step brother comes up with a plan where they can still watch. Remembering that AJ told her boyfriend that she has a “Big Surprise” for him, they grab her and tie her up. Then so she cannot say a word, they stuff her mouth with panties and wraps her mouth tight with tape. Then after watching her struggle bound and gagged for sometime, they get her ready for the boyfriend by stripping her down so her boobs and panties are showing. AJ squeals loud through the gag as they set her up on the bed and then go off to hide in the closet. A short time later the boyfriend arrives and when he finds AJ like this, he believes this is the big surprise she promised. He is very excited because he has tried to talk her into letting him tie her up and play naughty games with him several times in the past. There is no way she can get the tape off her mouth and warn him that her step brother and his friend are watching from the closet. As he gets behind her and starts to pull her panties down, AJ cannot help but notice that she is very turn on by the situation. But she is also very humiliated with the knowledge that her step brother is watching. 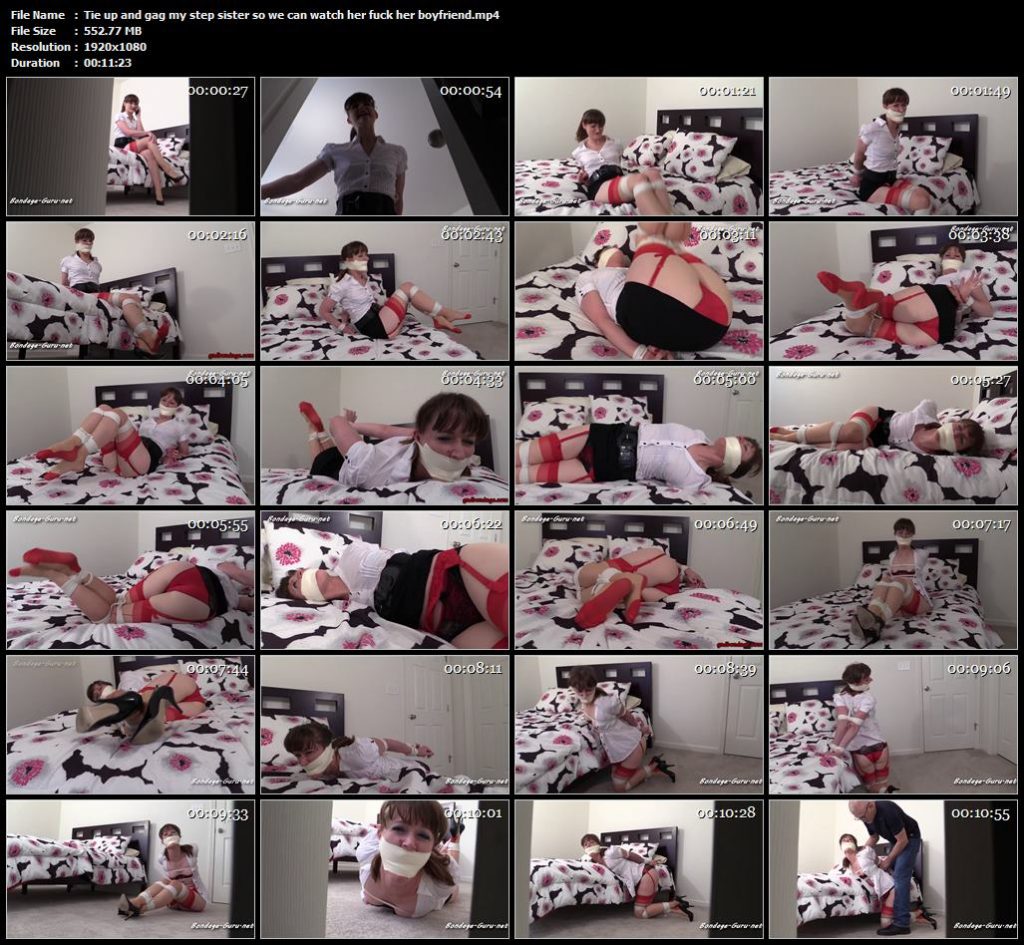 A Trio of Struggling Girdle Bound Damsels in Distress Stretched out AOH in the Warehouse! #1747 HD

Lovely Ladies Lashed Together with Leather, Harness-Gags Held High Above Their Heads! #1963 HD – Sandra Silvers – Please Tie Me Up

I am the Dean of this school! You can’t tie me up like this! – Audrey – Girl Next Door Bondage

Gag Me and you can do whatever you want to me! – Girl Next Door Bondage – Ashley Lane