Chrissy is wearing a sexy Halloween costume as she gives out candy. Then scene shifts to show Chrissy inside her home. She turns around surprised to see a sneaky trick or treater that suddenly appeared behind her. She begins to asks what is he doing and how did he get inside. That’s when he takes off his mask and she is extremely frightened to see it is not a trick or treater but a demon monster!

Now Chrissy is tied up with her hands behind her back and ankles bound with rope. She is cleave gagged with black cloth and struggling fearfully as he watches her while eating candy and dropping the wrappers on her. Then he begins feeling up her breasts and legs with his creepy monster hands. Once the candy is done Chrissy will be his next sweet treat! 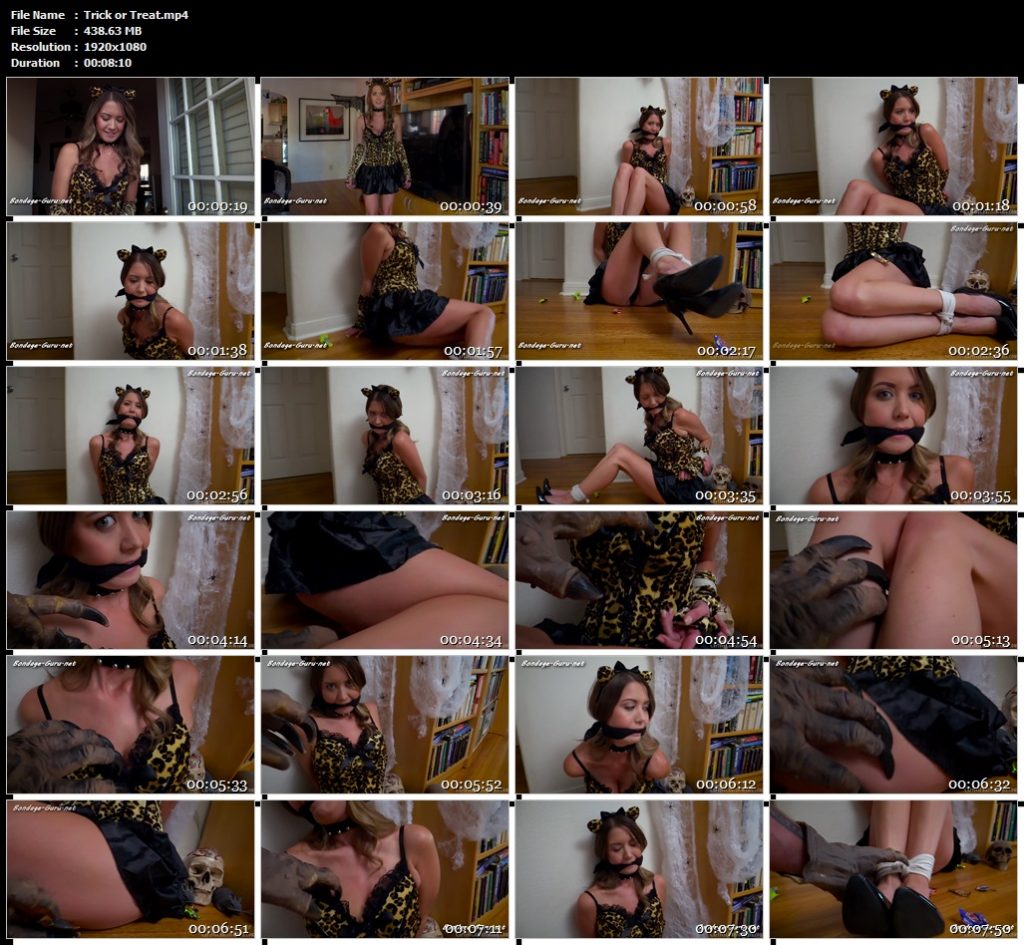