What happens when you order a ride from one of those apps and end up getting in the wrong car? Well in this case Chrissy ended up in quite the predicament! After a little bit of small talk with the driver she realizes that he is not going in the right direction to take her home. He tells her that he’s not taking her home. “What?!” she says as she quickly starts to become concerned. Before she knows it the doors are locked and the man is in the back seat tying her. Once she is bound and gagged he starts driving towards his destination as Chrissy struggles desperately in the back seat trying to escape. At one point she starts kicking at the doors and windows so the man quickly pulls over and proceeds to immobilize her even more by crotch roping and hogtying her tightly. Then he unbuttons her blouse and pulls her out her tits out to teach her a lesson and let her know he means business! She’s not going anywhere anytime soon! Now Chrissy can barely move around as she squirms helplessly in the back seat worrying about where he is taking her and what’s going to happen to her when they arrive! 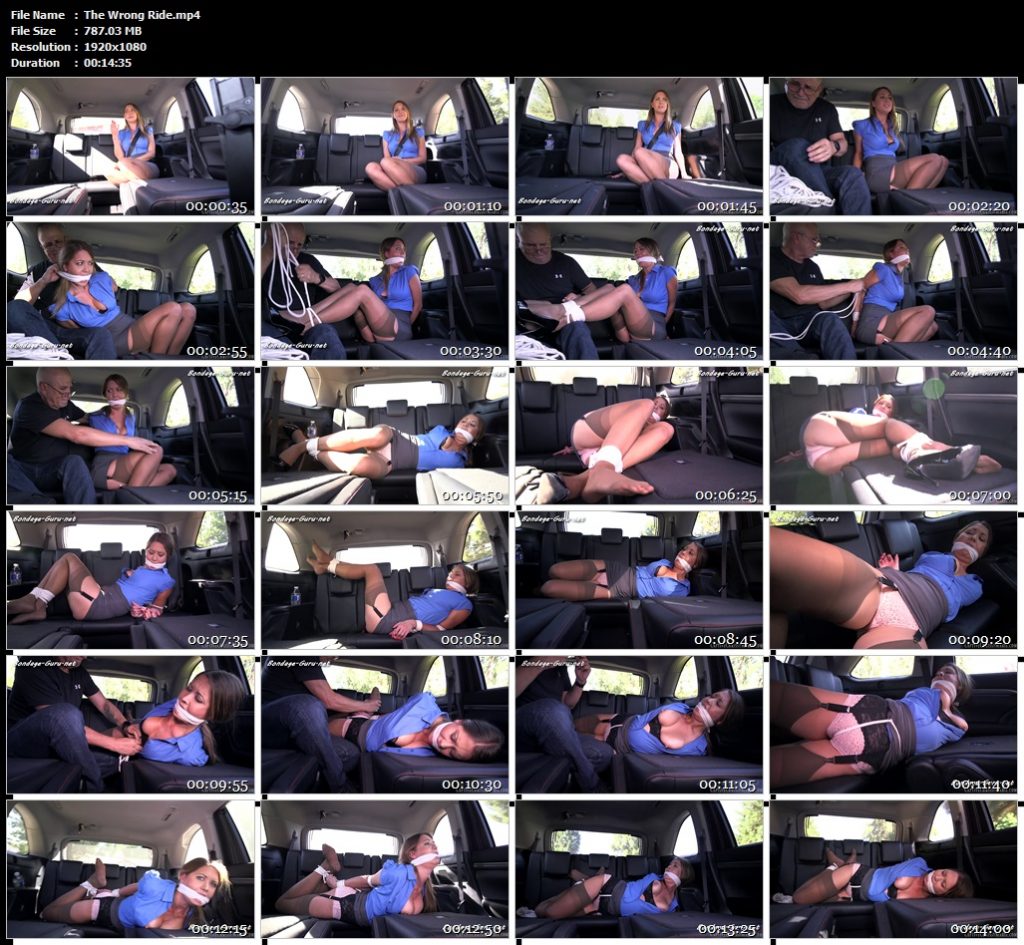