In the next scene, Maria is tightly strapped to a chair with clear plastic straps. Nyxon walks up behind her & shakes her awake. Confused, Maria opens her eyes, and Nyxon shoves one of her pom poms into her mouth. She then secures it in there with some duct tape wrapped tightly around Maria’s head. Maria furiously struggles to get out, and Nyxon pulls out her phone to take some blackmail photos & video of Maria in her compromising position. She tells Maria that once the footage is leaked onto social media, everyone will see what a lowlife slut she is, and she’ll be banned from the cheer squad for life. 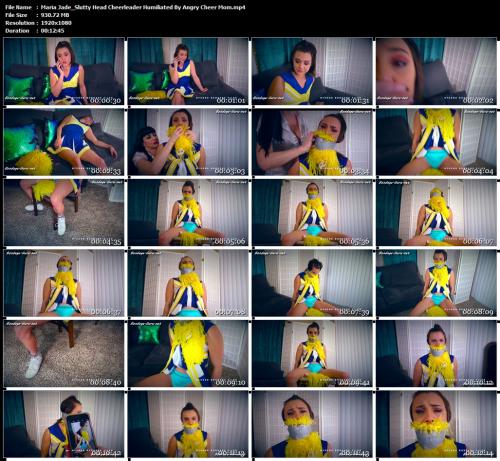 Nyxons Bondage Files – Mikayla Miles The Spy Who Bastinadoed Me