Ivory Soles had a date that went horribly wrong, and he left her tied up in her lingerie. She desperately struggles to get out before her roommate comes home, but soon enough, her roommate (Nyxon) walks into her bedroom to find her in her embarrassing predicament. Nyxon laughs as Ivory tries to tell her what happened through her gag, and Nyxon responds by slapping Ivory on her ass. She had no idea her roommate was so kinky! Ivory begs Nyxon to untie her, but Nyxon walks away thoroughly amused at her roommate’s kinky side. 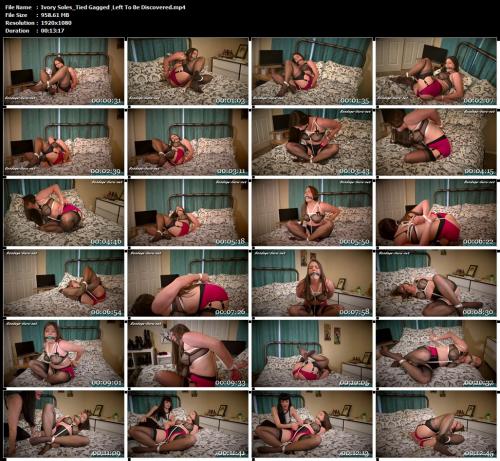