Dixie Comet is on the run from the law. With a detective hot on her trail, she sneaks into a hotel hoping to evade him. Then as she is walking through a hallway, she finds a room with an open door. She walks into the room and finds Carissa, a hotel housekeeper cleaning the room. Catching Carissa alone suddenly gives Dixie an idea of a way to get away UN-noticed. She grabs Carissa and makes her take off her maid uniform. Then she ties Carissa up in her bra and girdle. Then to keep her quiet, Dixie stuffs and tapes a pair of panties in Carissa’s mouth to gag her. With Carissa now securely bound and well muffled, Dixie takes off the clothes she was wearing and puts Carissa’s housekeeper uniform on. Then after tormenting Carissa for a short while, she pulls her bra down and hogties her. Dixie then leaves and as she steps into the hallway, the detective who after her, appears. Believing she is a hotel maid, he tells Dixie that he is looking for escaped fugitive and asks if Dixie has seen her. Dixie tells him no and continues walking to toward the exit. Not suspecting that Dixie is the person he is looking for he leaves. Little does he know it though, but on the other side of the door is the real housekeeper struggling hogtied and gagged with her big tits out. 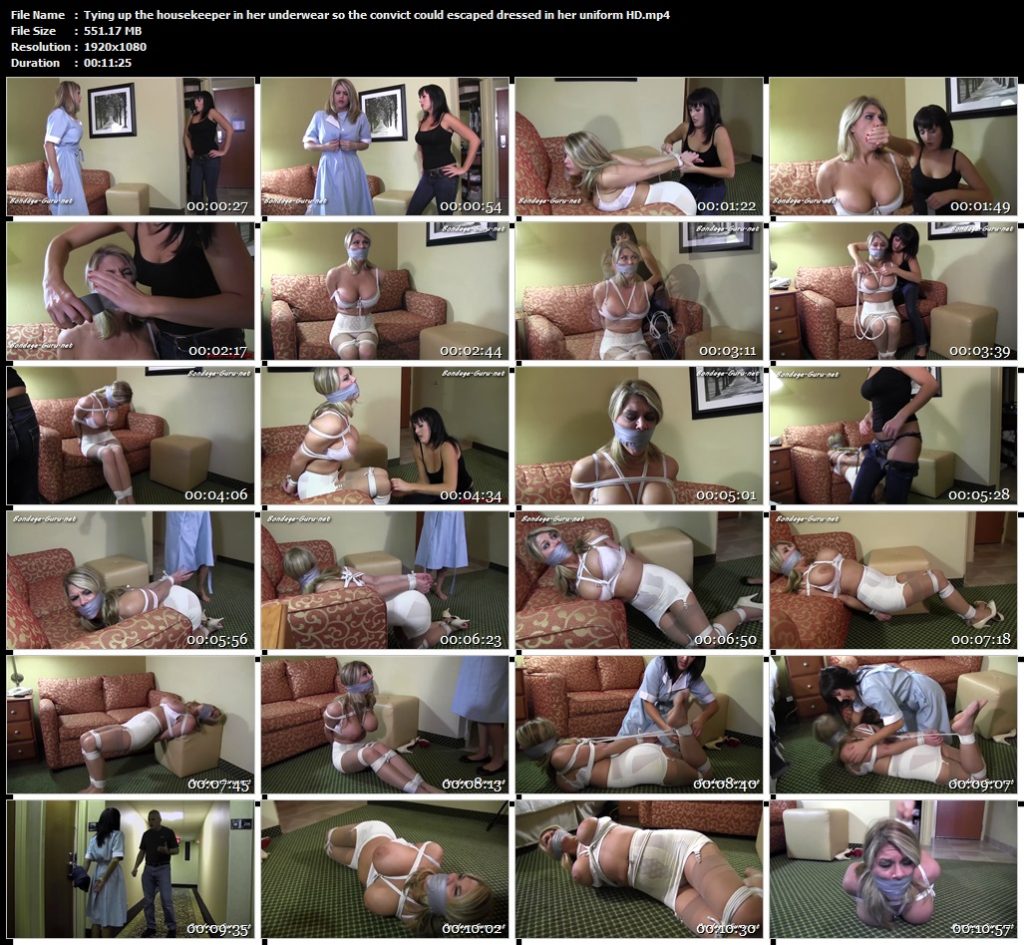 Girl Next Door Bondage – Oh My Gosh JJ! Where is the person who tied you up like this! HD