Girl Next Door Bondage – So you have been tying up and fucking my mom! And now you have me!

Khloe has the hots for the man next door. Today with her mother away, she asks the man come over to help her with something. When he gets there, she shows him some rope. “I found this under my mom’s bed!” she tells him. She tells him that she thinks her mom likes being tied up by her boyfriend. Then she surprises the man to let him know, she wants to be tied up by him. Soon, the man has her tied up tight. Then, the man tells Khloe that her mom’s boyfriend isn’t the one who ties her up. He tells her that he and her mom meet secretly and he is actually the person who ties her up. Knowing now that the man ties up and fucks her mom, she tells him, “Now you have me!” Then, just as he is about to gag her, Khloe asks him if he going to fuck her too. As he stuffs her mouth, she hope the answer is yes. Because being so helpless know has her very turned on. As Khloe struggles bound and gagged, she tries to let the man know just how horny she is now. But he isn’t ready to have his way with her just yet. He wants to watch her struggle and maybe even get herself off. Later, the man pulls her big tits out so they can bounce about as she struggles. Khloe can hardly wait until he pulls her pantyhose and panties down too. 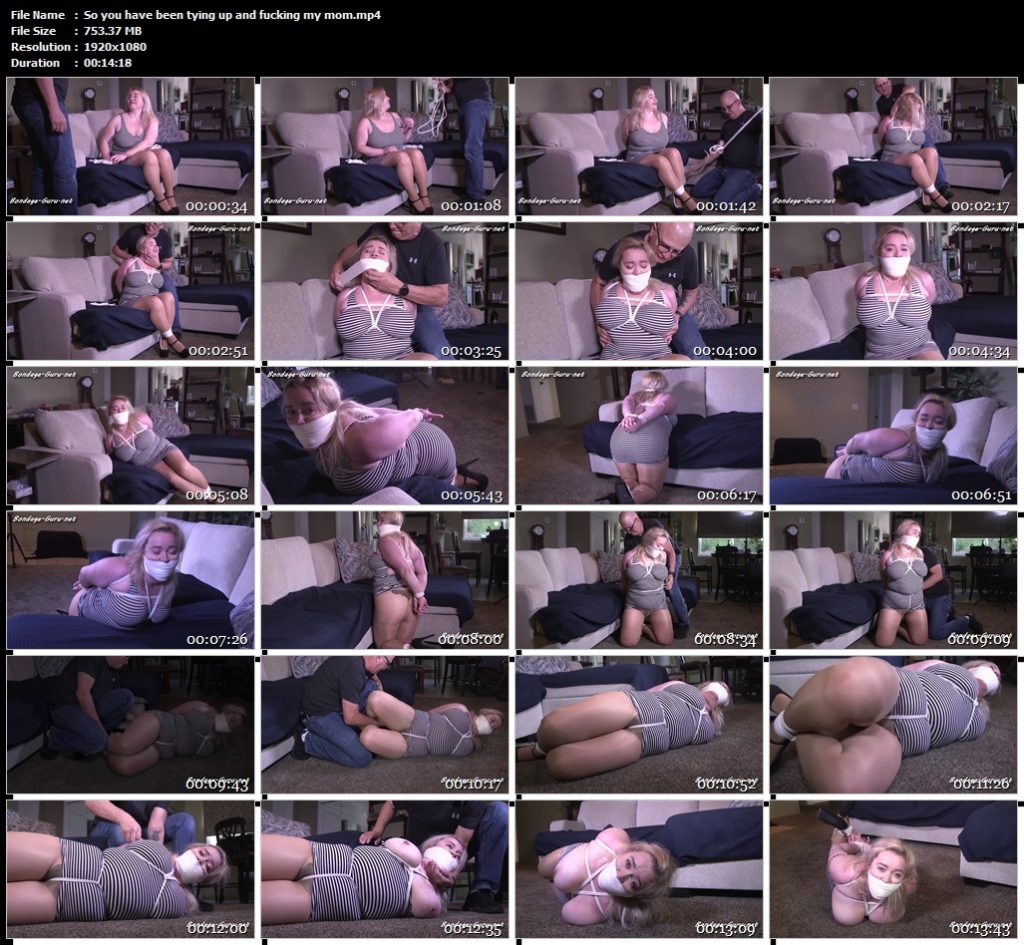 Tying up the older girl next door. And gagging her with her own panties. – Lana – Girl Next Door Bondage

You have me tied up and gagged! Now you better pull my panties down and fuck me! – Girl Next Door Bondage