Although Elise and Damon have known each other for several years, today is the first time they have really played together. After perusing Damon’s extensive collection of bondage gear, Elise focuses on a hand-crafted inflatable posture collar. Once Damon has Elise tied to his table with her legs spread open wide, he begins tormenting her with the collar, literally leaving her breathless. A very intense video mostly focusing on the collar inflation, however Damon utilizes Elise’s exposed sensitive parts for his own pleasure in suctioning them all up into tubes. Enjoy Elise’s fearful suffering 🙂 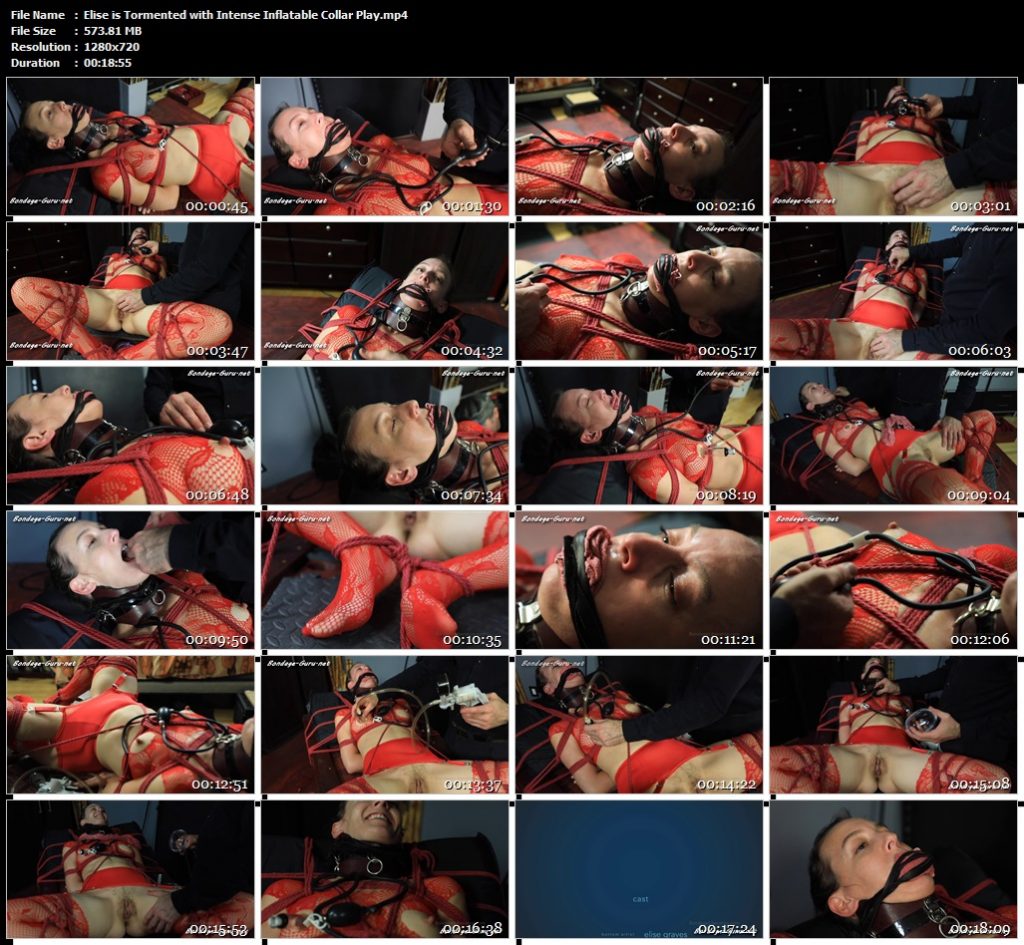