Louise could not believe this man came into her house and was now tying her up. She tried to talk him out of it, but he just continued trussing her up. The man warned Louise to quit talking, but she paid no attention. So the man walked up behind her, grabbed her head and stuffed panties in her mouth. He then tied a rag between her teeth to finish gagging her and then went on tying her. Louise grunted and whimpered through the gag until the man had her all tied up. Before walking away from her, the man warned her not to cause him any problems or he would come back and do naughty things to her. But in the end, Louise finds herself hogtied with her tits out and her panties down. It was obvious she didn’t heed the warning. 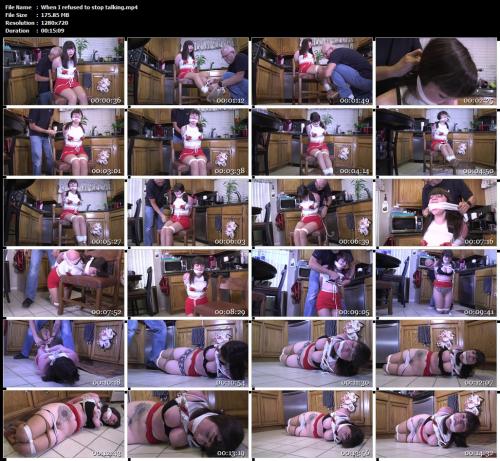 He had me hogited and gagged in his spare room with my pantyhose and panties pulled down! – Girl Next Door Bondage