He is there looking for a man and his wife because of some “Not So Good” reasons. But the only one home, was the couple’s daughter Cheyenne. Getting ready for bed, Cheyenne was only in her pajama’s when the man grabbed her. At first, the man figured taping her hands behind her back and her ankle would be good enough as they waited for her mom and dad to get home. But then Cheyenne became uncooperative. Using more tape, the man taped her up completely so she could barely move. He also stuffed her mouth and taped it also to gag her. Cheyenne was now furious and she started thrashing around on the sofa. The man could not have her causing such a ruckus, so he bent her over the sofa, pulled her pajama pants down and her thong panties aside. He then told her that if she did not settle down, he was going to do something very naughty to her. This seemed to do the trick as Cheyenne calmed down somewhat. After putting her panties back where they belonged, Cheyenne continued to protest through the gag. But with her mouth packed and wrapped so tight, she could hardly make enough noise to bother the man. 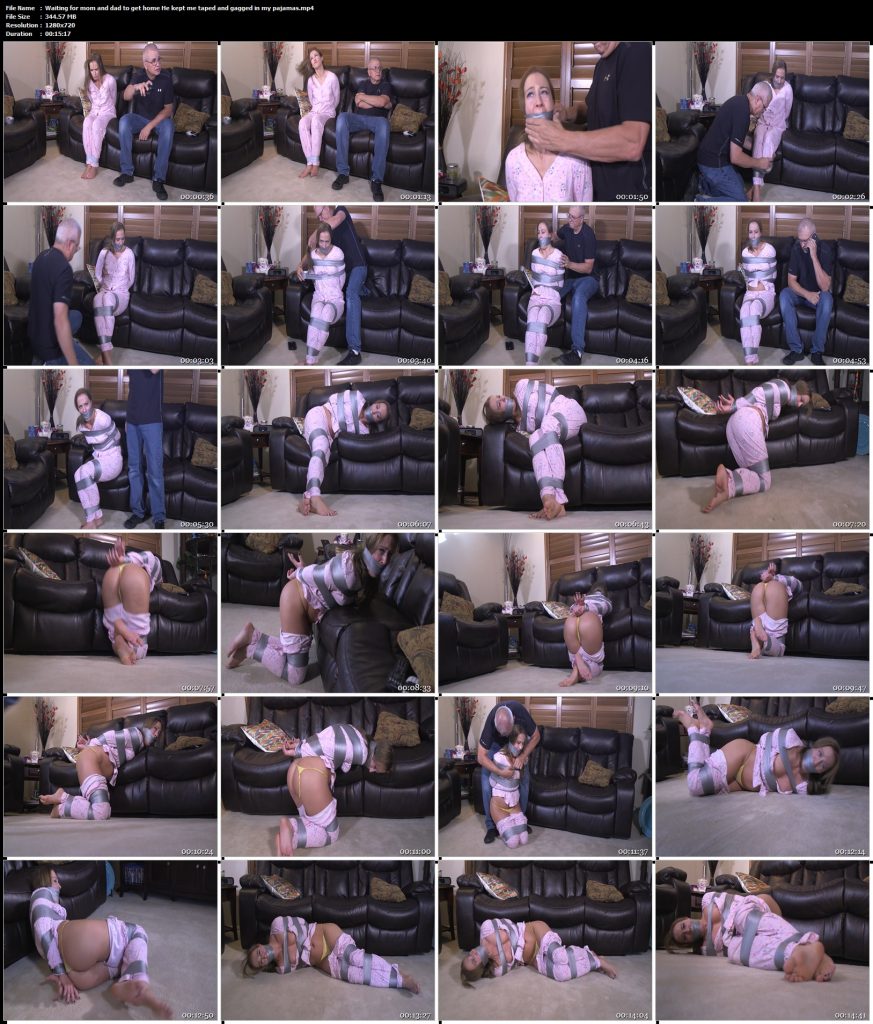