They have Chrissy’s password to get into her government computer and now one of the men is holding her captive. He has her bound and gagged as he makes her hop into a room where she is thrown onto a sofa. Chrissy struggles hard to get loose, but the man has her tied up tight. Then the man gets a call from his partner. He is told by the partner that he cannot get into Chrissy’s computer with the code she gave them. He also needs her thumb print. So the man holding her unties Chrissy, removes the gag and makes her go with him so she can help them get into her computer. Some time later, the man brings Chrissy back after getting what they need from her. The man makes Chrissy strip down to her pantyhose. He then ties her up again. This time much tighter and she is also hogtied and gagged. To make things even more embarrassing for her, Chrissy is tied on the sofa next to the man with now way of covering herself. And, since she is not wearing panties under her sheer pantyhose, she is left almost completely exposed. 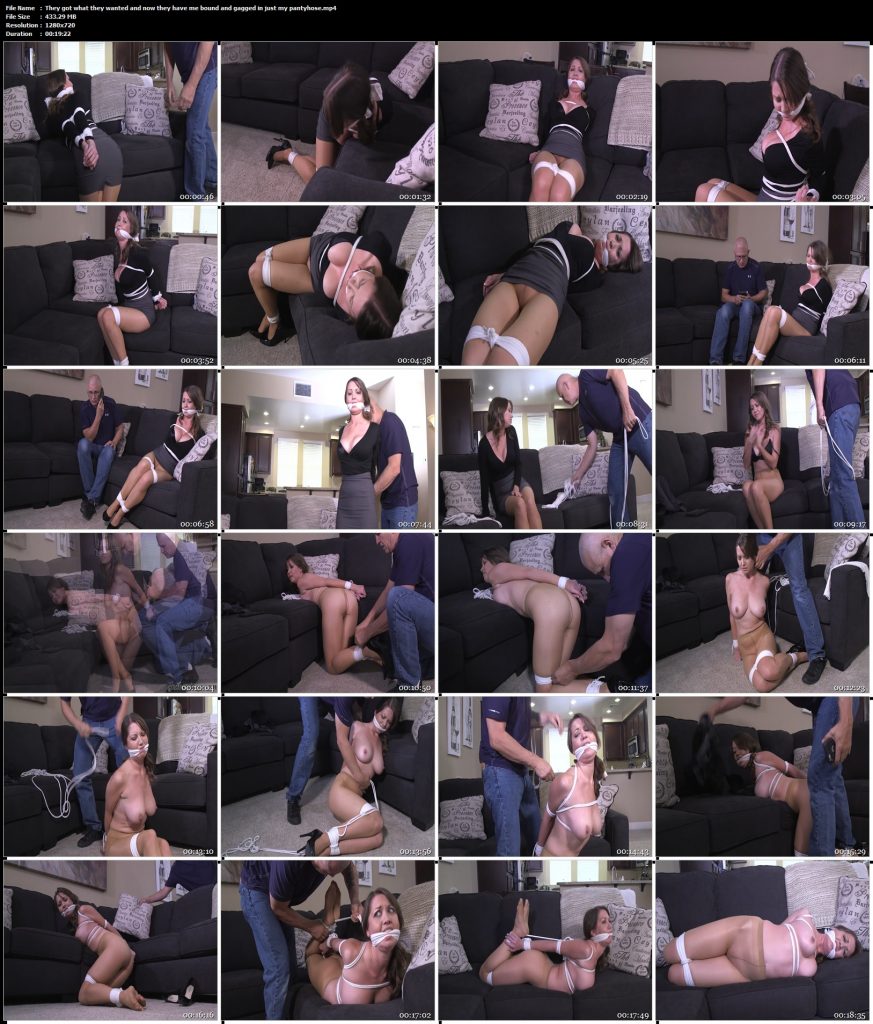