Custom Commission: Scene 615 Upside Down Double Trouble Two models will be used each wearing 1 pair of pantyhose. Each model will be suspended by her ankles with her arms tied behind her back. A crotch rope will be installed on each model and connected together. Weights will be added to the crotch rope to pull tight into each pussy. A vibrator will be used to force multiple orgasms while a hard whipping is performed on each ass.
Model preparation: Each model will be wearing 1 pair of Peavey Shiny Tights in Toast/Red no underwear or other clothing will be required. The crotch should NOT be cut out for this scene. Each model will not need a pair of high heel shoes for this scene. 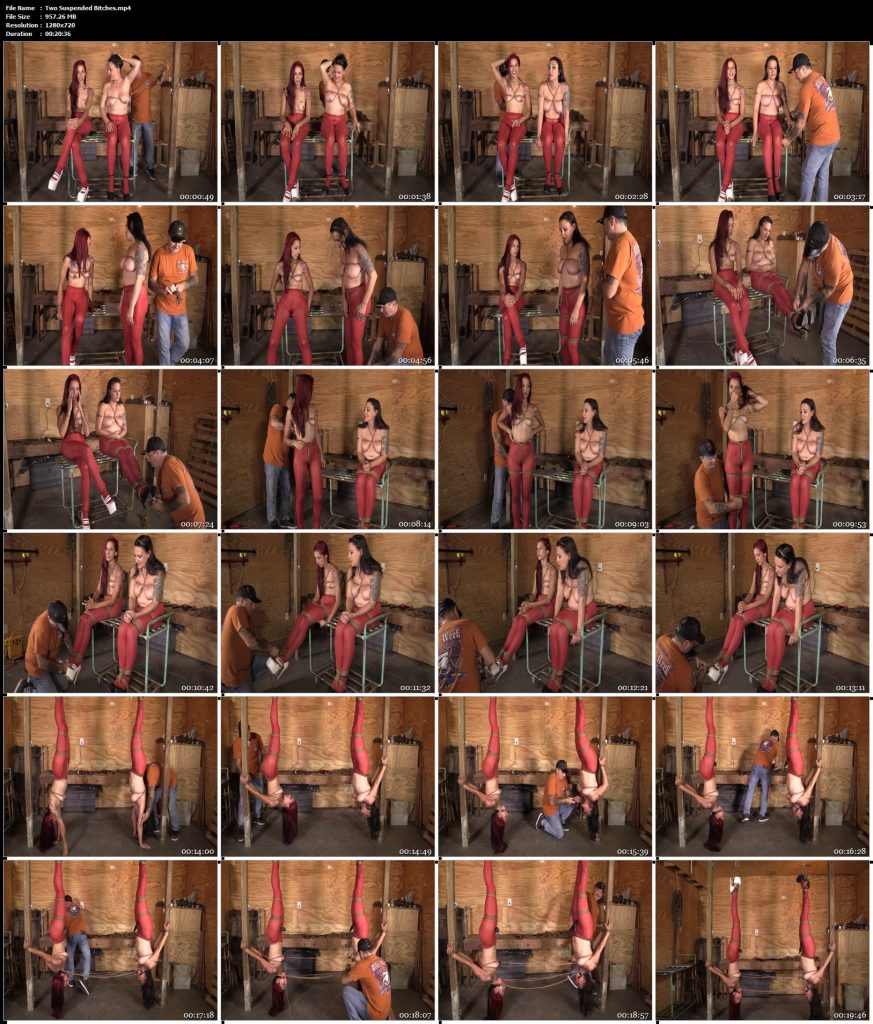