He was throwing a “Going Away” party for himself tonight. But the last time he had a party, Hannah his busy body neighbor, called the authorities on him because she felt the party was too loud. So he wouldn’t have the same problem tonight, he went next door to talk to Hannah and get her promise not to cause him any problems. But Hannah was not in the mood to be nice and warned him that the minute she heard one sound, she was calling the cops. One way or another, he was having this party and Hannah was not going to get in his way. So the next thing she knew, Hannah found herself in her basement getting tie up by her neighbor. When she started to scream for help, the man stuffed her mouth and then taped her very tight to gag her. Once she was well muffled, he added more and more rope until he had her trussed up very tight and helpless. For being such a bitch, the man decided to humiliate Hannah. To do this, he pulled her top and bra down to expose her boobs. He also pulled her pants down until her panties were showing. But to show Hannah he wasn’t such a bad guy, he left her with a way to entertain herself. He tied a crotch rope between her legs so she could tug on it and enjoy herself while she listened to the loud music. He even told her that later when he came to let her loose, he might have a little fun with her. He then Left Hannah bouncing her big tits as she struggled to get loose. 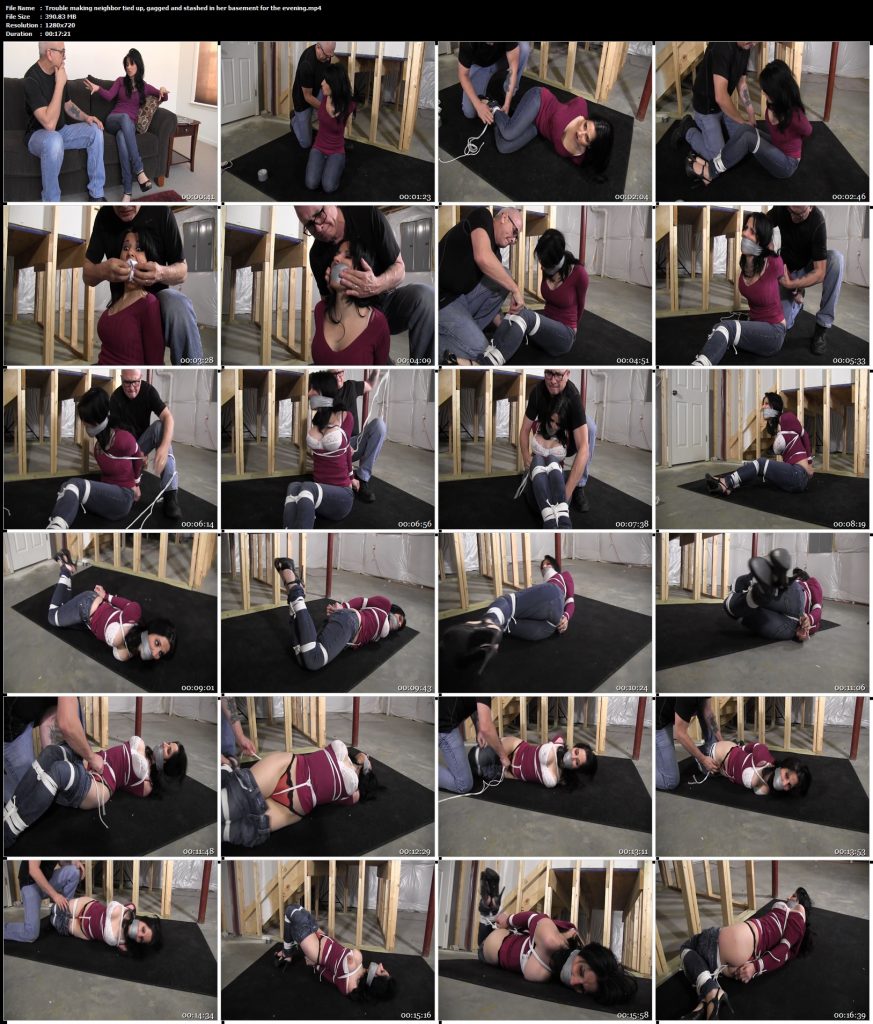 We have your wife all tied up and gagged! – Hannah Perez – Girl Next Door Bondage

Hannah Perez…”Sexy Girl Next Door Gets Tied Up!” – TIED IN HEELS