When he throws her down on the sofa and tells her to behave, Audrey tells him that she doesn’t want to behave. When he threatens to tie her up, Audrey laughs and dares him to do it. As he starts to tie her up, Audrey starts to get really turned on and she starts to giggle. “What if I refuse to be quiet!” she then asks him. When he tells her that he will gag her, Audrey can hardly sit still, she is so excited. She tells the man that if he doesn’t gag her, she will bite him as she starts snapping her teeth at him. The man has no choice but to stuff a pair of her own panties in her mouth and then tie a rag between her teeth to gag Audrey. But Audrey is still not satisfied. Even after he bends her over the sofa and slaps her ass a couple of times, she refuses to behave and starts trying to kick him. This gets her exactly what she wants from the man. More attention. The man pulls her skirt off so she is now in her bra and pantie girdle. Audrey is now so turned on, she can hardly control her self and tries begging him through the gag to do naughty things to her. The man now realizes that if he is going to get his work done, he is going to have to restrain Audrey much better to keep her out of his way. So he uses more rope to hogtie her. But he then makes the mistake of pulling her bra down and this gets Audrey even more excited. The man starts to realize that Audrey has seduced him into tying her up like this because being bound, gagged and helpless is a real turn on for her. He watches and listens as Audrey’s moans get louder and louder until she forces her self to have an orgasm. 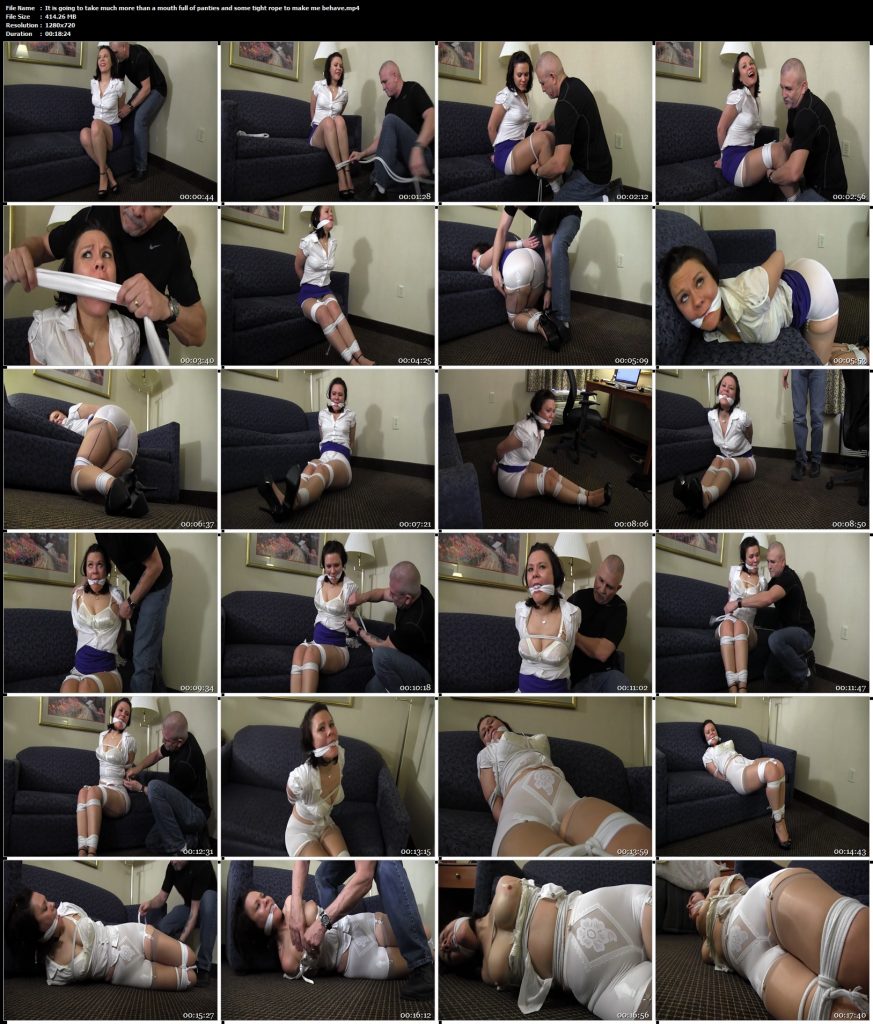