Stunning runway model-type Tiffany is lost and can’t get any reception in what looks like a largely abandoned small town. She walks around looking for assistance and decides to just try all the doors until she finds a land-line phone at least. Noticing things that look like they came out of a mad scientist’s lab(!), she walks around while being watched. She is then suddenly confronted by a masked fellow in what looks like an apron of some sort! This strange character is none other than The Mad Scientists (a name he hates as he just likes to go by The Scientist!), a deranged supervillain who is known for his particularly twisted experiments. Turns out he’s been looking for a test subject for his latest experiment and lo and behold Tiffany has come to him! He seizes her and informs her of his plans, keeping her handgagged as he drags her off. She is tied up shortly thereafter and her pleas to be set free get her handgagged and fondled before and after she is tapegagged. Some spanking and ass grabbing indicate this is one of oversexed supervillain indeed. Off he goes to tinker in his lab while Tiffany struggles. She strains against the ropes and eventually hops around the place looking for some way to free herself. Noticing a sharp edge structure, she tries to rub the ropes against the edge to loosen them. Turns out this has helped as she sits back down and uses her considerable nails (looking sexy with the rail nail polish!) to help free herself. She doesn’t bother with freeing her ankles or removing her tapegag, but instead opts to hop quite athletically to the door. Unfortunately, it’s locked and bolted in a way that doesn’t allow her to open it. All the racket draws the attention of The Mad Scientist who is on her and chastises her for trying to escape his potentially dangerous experiment (the nerve)! He handgags her and then carries her off for what will no doubt be a terrifying experience for this helpless beauty!

Tiffany is one unlucky traveler who has ended up in the clutches of the dastardly supervillain, The Mad Scientist. Sitting naked and tied up with rope, Tiffany continues to plea with the crazed super-villain to set her free, but he’s too preoccupied with using her as a test subject in his experiment involving certain exotic forms of radiation. The Mad Scientist is also quite the perv as he fondles and touches Tiffany all over her sexy body. Keeping her handgagged when her protests become a bit too pitiful for him to listen to, he stuffs her mouth with her own panties and then wraparound tapegags her. After giving her a spanking and another thorough groping session, he departs to complete the prep for his experiment. Once he’s gone, Tiffany starts to desperately strain against the ropes as she looks for a way to escape before she ends up getting zapped by this crazed villain’s experiment rays. The ropes hold her despite her best efforts as she is examined from every angle with lots of extreme personal space invading closeups. The Mad Scientist finally returns and molests her some more as he informs her that it’s now time for the experiment. She is dragged off and then we next see her in a closet next to a flag that’s seen better days (gotta test the effects on inanimate things as well it seems!). The Mad Scientist shuts the door and then zaps her with the radiation for several seconds. He opens the door and we see Tiffany looking alright! Curious as to what’s happened to her, The Mad Scientist moves closer to her and then is shocked when she rips out of the ropes! Suddenly realizing that she’s become a super-powered being he backs up. She pounces on him as we witness the birth of a new superheroine and the possible end of The Mad Scientist! 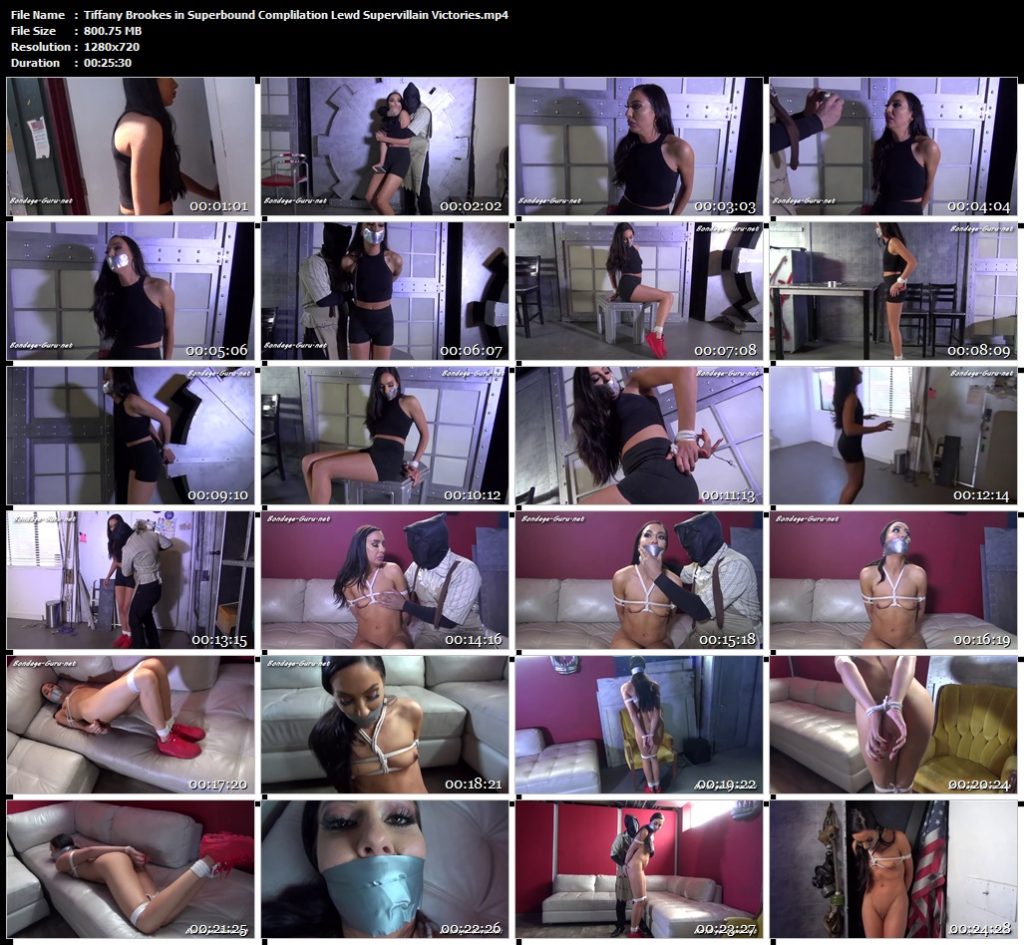