I am so excited to get to the party tonight. I’m wearing my new turquoise disco pants and they look fabulous on me. Everyone will be looking at me in these pants and I can’t wait to show them off. I tell Nyxon to hurry up so we can get to the party and she walks out of her room in the exact same disco jeans. What the fuck Nyxon – you saw me order these pants a week ago! The raven haired beauty starts bragging about how much hotter the pants look on her ass and I see red! I grab my taser and give the bitch a nice zap causing her to fall onto the couch. I hnd the bitch a dirty rag and force her to gag herself wrapping her face with layers of elastic. Now I don’t have to hear your big mouth. I push her body down between my legs and rope up her elbows painfully behind her back. Just because you are many years younger, you’re not going to show me up at the party missy! I bind her wrists together while she moans into her gag. I pull down her top and expose her big tits then I push her onto the floor and peel off her skin tight copy cat disco pants exposing her ass and I bind her ankles together. How’s that feel Nyxon? You’re not going to the party Nyxon. I leave Nyxon struggling on the floor while I go grab some twine. I bind her two big toes together tightly then yank them back painfully attaching the toe twine to her elbow rope. I taunt her with some tickling an Nyxon freaks out bucking and bumping her bound body. Off I go to the party leaving Nyxon all tied up and gagged struggling on the floor. 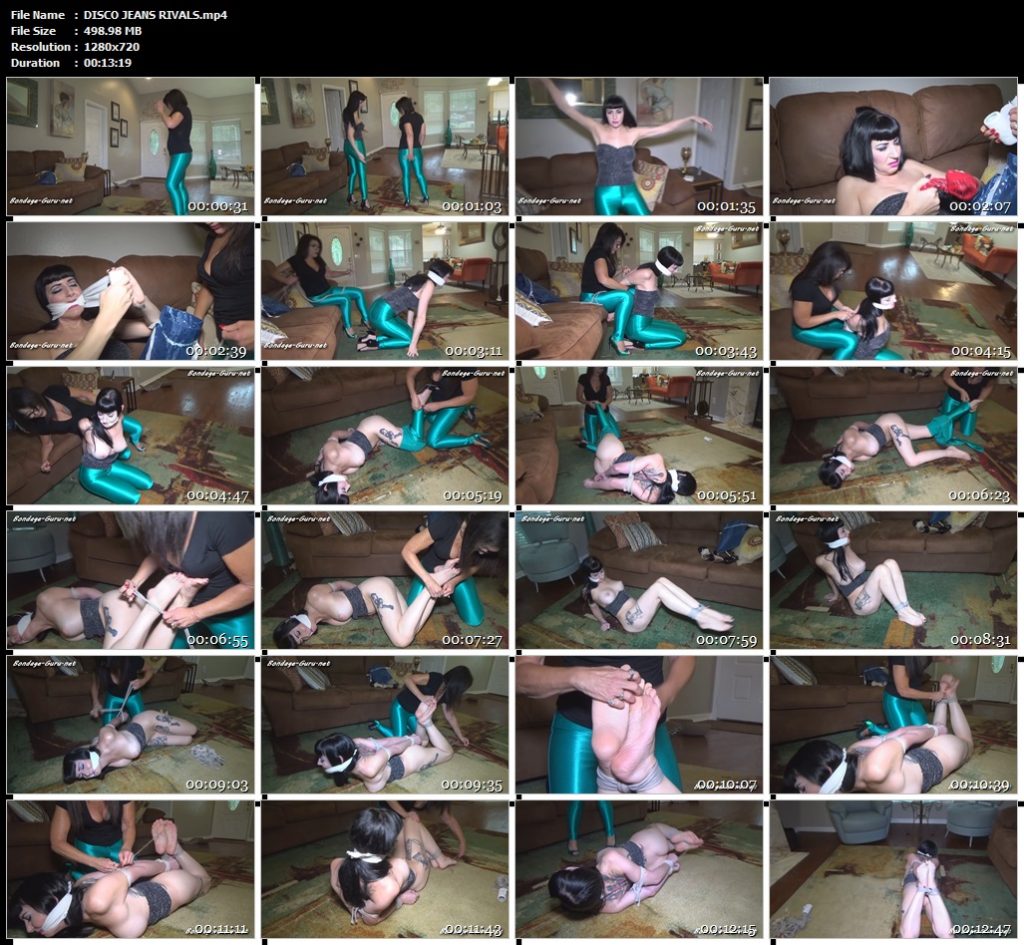