Chrissy Marie and Master Matt are two escaped convicts with a grand plan to steal their criminal records and destroy them before leaving the country, the combination being a sure fire way to never be caught and thrown in jail again! They wait until the late shift, when there are only two agents left on duty, and make their move. They sneak in and ambush the startled blonde agents. They start asking questions but they are smart enough to shut up and cooperate when they realize the bad guy (and girl!) is not playing around! Matt orders Chrissy to start tying them up while he interrogates them about where they keep the files. They get several chances to give it up, but they refuse, too concerned over losing their jobs, not yet aware that is the last thing they have to worry about!

The criminals decide that if the girls dont want to give it up, they will just have to stay put until they find the files themselves! But they are way too talkative, cant have them planning out an escape in the meantime! Chrissy hand gags the really loud one while trying to get the quiet one to speak up, but it doesnt work. The hand gag doesnt keep her anywhere near quiet enough so the bad guy decides wrapping tape around their pretty little blonde heads several times should do the trick! Should have just told us where the files were and this would have went a lot easier! Chrissy is ordered to stand guard over the girls while Matt searches the back office. Thinking they can pull one over on the Chrissy, the sisters stand up and try hopping away! Those little bitches think they can escape? Not if Chrissy can help it! She adds tape tightly around their bare thighs and shiny silk blouses. Getting impatient and annoyed by the squirming and un-ending mmpphhh-ing of the agents, Chrissy leaves to find out what is taking him so long to find those records!

The blonde sisters struggle aimlessly in their rolling chairs, frantically gag talking and trying to untie each other, but its no use, they are very tightly bound and gagged by two very experienced criminals! After some time the criminals return, still without the files. They remove their tape gags to give them one last chance to talk, but they still dont give in. Time to move these uncooperative girls to the other room, guess some new tactics are in order! 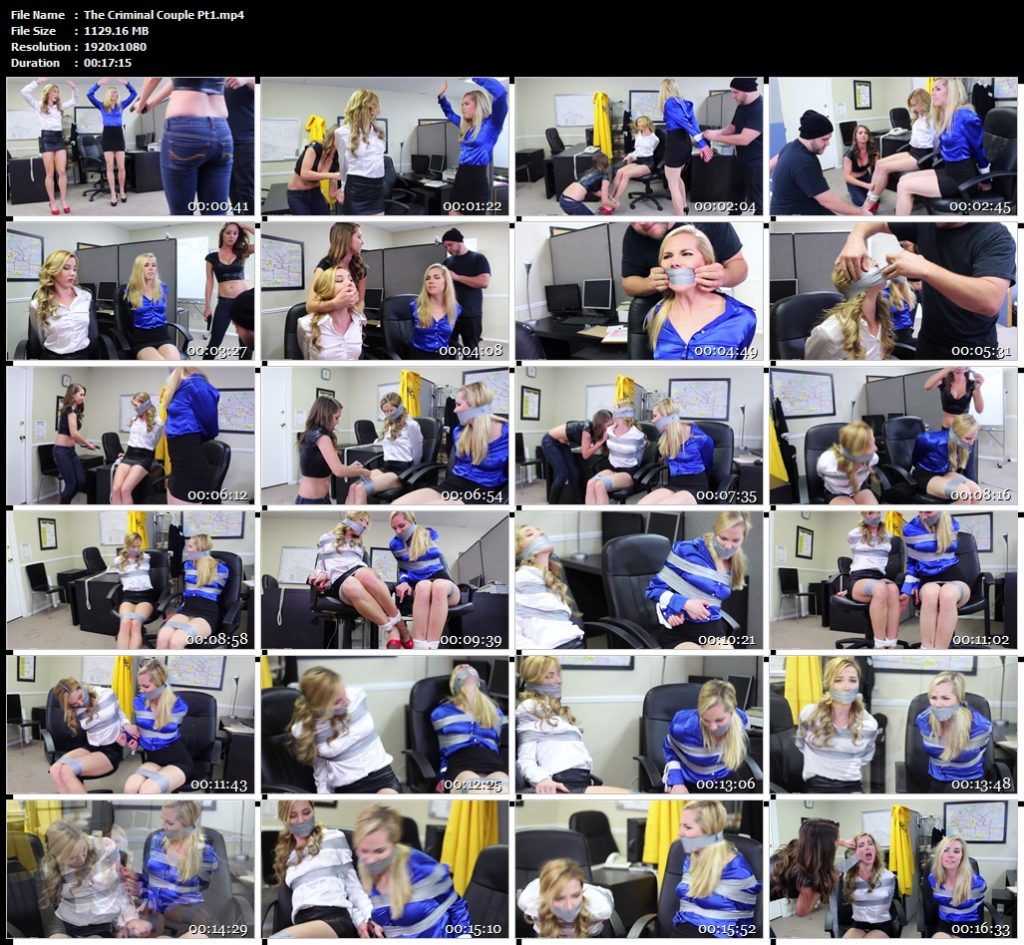